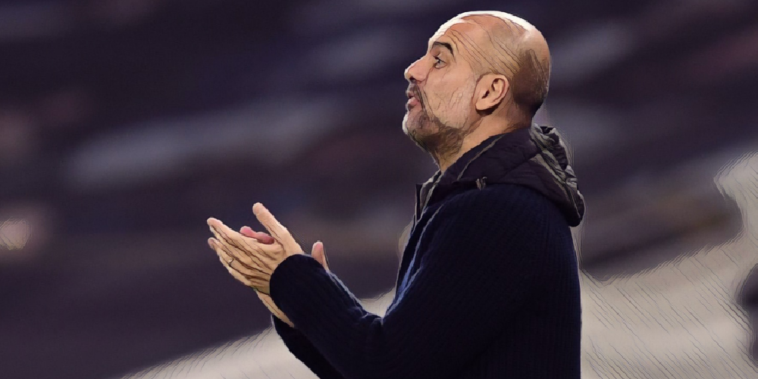 Pep Guardiola has conceded that December’s Manchester derby was ‘boring’ ahead of the second league meeting of the season between the city rivals.

Manchester City will be looking to extend their winning run to 22 games in all competitions at the Etihad this weekend, where the league leaders will face a Manchester United side who have been left trailing in their wake.

United currently sit second in the Premier League but have fallen 14 points adrift of Guardiola’s side, following a run of four draws in the club’s past five league fixtures.

The two sides met for the first time this season in December in what proved a forgettable encounter, playing out a goalless draw at Old Trafford in a fixture that failed to live up to expectations.

Guardiola admits the first encounter of the campaign was ‘boring’ but says his side are now in a better period, as they bid to close in on Bayern Munich’s 23-game run of consecutive wins by a team in Europe’s top five leagues.

“The [derby] game [in December] was not good, the analysis said it was boring,” Guardiola admitted at his pre-match press conference.

“But we admit in that period we were not at our best. But the intention was to try and win the game.”

Guardiola also expressed his views on the upcoming international break, with suggestions that some clubs could block their players from participating in fixtures with ‘red flag’ countries.

Liverpool manager Jurgen Klopp is understood to be against releasing players for international duty this month, if they are required to quarantine for 10 days upon their return in line with coronavirus protocols.

Guardiola insists it makes ‘no sense’ for players to feature in the international break and then be subjected to a quarantine period, admitting his side are not prepared to miss several stars at a crucial part of the season.

“It makes no sense to go to an international team and then not be able to play for ten days.” he added.

“We work all season here. We spend a lot of time, effort, money to invest in that – for six/seven players to miss time at this time in the season makes no sense for us.”