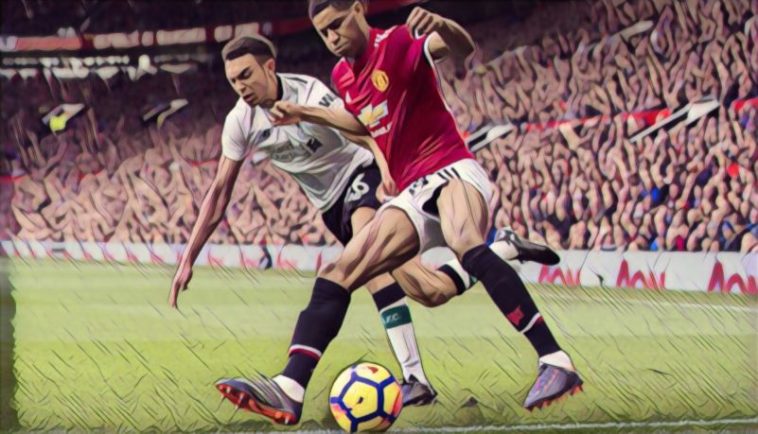 Liverpool and England full-back Trent Alexander-Arnold has been discussing some of the most difficult opponents he has faced in his short time playing in the top flight.

His impressive form took saw him feature in the UEFA Champions League final, as well as earn a place in Gareth Southgate’s England squad for this summer’s World Cup campaign.

However, it wasn’t all plain sailing for the Liverpool born youngster, who has named Manchester United‘s Marcus Rashford and Crystal Palace‘s Wilfred Zaha as the toughest players he has faced, saying that Rashford is ‘probably the fastest in the league’:

“If you look back before the two City games in the Champions League, there was Man United away and Palace away where Marcus Rashford and Wilfried Zaha gave me a tough time,” Alexander-Arnold told the Mail.

“Marcus Rashford,” Alexander-Arnold adds. “He’s probably the fastest in the league. But it’s not just out and out pace. It’s getting you off balance, that’s when they get you. It’s not just a foot race.

“Get you off balance, then your body shape’s not right and they’re gone.”

Rashford was in inspired form for United against Liverpool back in March, scoring a quickfire first-half brace from his position on the left flank which saw him directly face up against Alexander-Arnold, a battle in which the Man Utd man got the better of on that occasion.