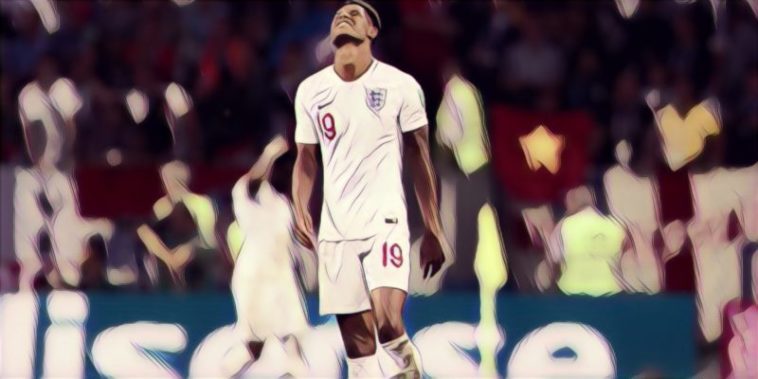 Premier League goalscoring master Alan Shearer has expressed his fears that Marcus Rashford’s goalscoring instincts are being damaged by not playing regularly as a central striker.

Rashford burst onto the scene for Manchester United in 2015, scoring goals for fun under Louis van Gaal during an injury crisis for the Red Devils.

Under the Dutchman, Rashford operated frequently as a central striker, although he has been utilised more often as a winger under Jose Mourinho, who prefers to have a big strong centre-forward to lead the line, with Zlatan Ibrahimovic and Romelu Lukaku being brought in by the Portuguese.

Rashford was offered a chance to play through the middle for England in Saturday’s defeat to Spain in the UEFA Nations League. He scored the opening goal of the game past teammate David de Gea, before missing some big chances, leaving former England and Newcastle striker Alan Shearer – who netted a record 260 Premier League goals – fearing that a lack of game time through the middle could be harmful to his long-term goalscoring instincts:

“I am a big fan of ­Marcus Rashford,” Shearer wrote in The Sun. “He gets into good positions, runs in behind defenders and is a ­constant threat.

“His goal at Wembley on ­Saturday night showcased what he is all about.

“Unfortunately, his two missed chances that could have earned England a point in their Nations League match with Spain also told you where he is at right now.

“A centre-forward who is playing regularly in that position for his club probably would not have fluffed those.

“The miss from the one-on-one with David De Gea after being put through by Harry Kane was a symptom of a player not used to being in those positions in a match-day situation.

“A regular striker finds ­himself in those situations every week and is comfortable with them. He would put those chances away and believe in himself — you get a taste for it, it is a feeling you love.

“You look forward to it, you want it, you crave it. Even if you do miss the chance, you have the confidence to know another one will come along and then you can make amends.

“It is not a position that should weigh heavily on any forward. The problem is when those opportunities are few and far between.”