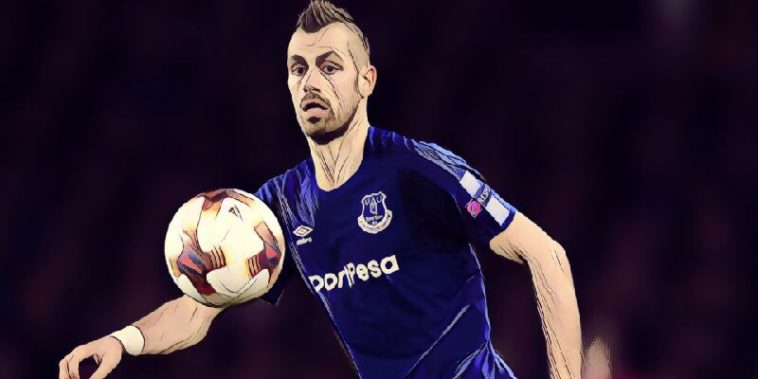 Morgan Schneiderlin has expressed his determination to silence Everton’s boo-boys after what has been a difficult few seasons for the Frenchman.

Schneiderlin was widely regarded as one of the best midfielders in the Premier League during his days at Southampton, earning himself a big money move to Manchester United in 2015.

However, his time at Old Trafford didn’t really go to plan, making just 47 appearances in his 18 months at the club, before being offloaded to Everton by Jose Mourinho.

He instantly became a first team regular at Goodison Park, but has failed to win over fans, even being on the receiving end of booing from Toffees fans as he was introduced as a second-half substitution during the Blues 3-1 win over Crystal Palace last season, as the fans expressed their distaste to Sam Allardyce’s negativity.

Despite the negative reaction to his introduction, Schneiderlin has said that he is determined to win over the fans:

“I knew straight away,” he told The Times. “I knew it was for me because of some notifications [on Twitter]. I am not paying too much attention to that, but I got messages saying, ‘You have a bad attitude’, ‘You are not fit to wear the shirt.’

“So I knew there were some people who were not happy. I am a human being and for any human being to have people turn against you is not good.

“But I had two ways to see it. I stay strong or I say, ‘Ok, f*** that. I am just going to come into training, work for myself but I don’t care anymore. I don’t play anymore until the end of the season and then I go.’

“That might have been the easier way. But the motivation for myself was to turn the minds of people. That people regret what they said and they have a different perception of me. That is what I want to do.”