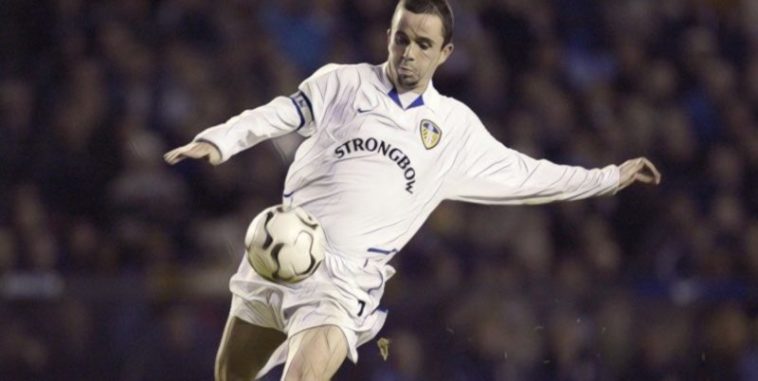 The long, long wait for Leeds United is finally over, the club set to play Premier League football for the first time in 16 years next season after securing promotion from the Championship.

Marcelo Bielsa’s side were crowned as winners of England’s second tier last week and are now back in the big time, ending a period that has included administration, points deductions and play-off final heartbreak to get back to where many feel the club belong.

Leeds are back and the Premier League is likely to be a better place for their return, a side steeped in history and one who once challenged at the very top of the division.

Following the club’s promotion we’ve decided to look at some of the most notable players of their top flight past, here are Leeds’ top five Premier League appearance makers:

Wetherall was signed by Leeds from Sheffield Wednesday before he had even made a league appearance for the Owls, the centre-back arriving in the early nineties and spending eight seasons at Elland Road.

After making a handful of appearances during the Premier League’s inaugural season he became a regular first-team player the following year, increasing in status and importance to become a key figure for Howard Wilkinson’s side.

Strong in the air and in the challenge, managerial changes at the club led to an indifferent period for Wetherall and he found himself out of the picture under David O’Leary, an emerging Jonathan Woodgate pushing the defender towards the exit door.

He joined Yorkshire rivals Bradford in a club-record deal and his winning goal against Liverpool completed a miraculous final day escape from relegation for the Bantams in 2000, a goal which also directly resulting in Leeds qualifying for the Champions League at the Reds’ expense.

One of the key figures in a successful period for Leeds either side of the turn of the millennium, Bowyer moved north from Charlton as a teenager before thriving as a dynamic box-to-box midfielder in David O’Leary’s exciting young side.

The combative Cockney racked up more than 200 league appearances during a seven season spell at Elland Road, providing energy, drive and goals from midfield as Leeds competed both at home and in Europe.

Bowyer formed part of the side which reached the semi-finals of the UEFA Cup before reaching the last four of the Champions League the following season, twice being named as Leeds’ Player of the Year and scoring an impressive 15 goals in all competitions during the 2000/01 season.

Off-field indiscretions damaged his reputation but he was a relentless running presence at his peak, a driving force of O’Leary’s Leeds side during their best years of the Premier League era.

The first £1m goalkeeper in British football history when moving to Crystal Palace in the late eighties, Martyn was one of the most reliable shot-stoppers in England’s top tier throughout the first decade of the newly formed Premier League.

He joined Leeds as an experienced figure in a developing side in 1996, spending six seasons with the Yorkshire outfit and making 207 Premier League appearances.

The former England international’s commanding displays saw him named in the PFA Team of the Year for three consecutive seasons between 1998-2000, playing arguably the best football of his career in a Leeds side which threatened at the top end of the division.

Only four goalkeepers have ever kept more Premier League clean sheets than Martyn, a huge 82 of his 137 shut-outs coming in the colours of the Elland Road outfit.

Five of the best Premier League goalkeepers of the 90s

Full-backs have never been more popular with the likes of Trent Alexander-Arnold and Andy Robertson being showered with praise for their influence at present, but Ian Harte was a match-winning full-back before it was fashionable.

The Irishman became a fans’ favourite at Leeds with his left-foot a key part of the club’s attacking armoury, Harte developing a penchant for spectacular goals and set-piece specials.

He made 213 Premier League appearances for the club and scored an impressive 28 goals from left-back, though his lack of pace saw him struggle towards his latter years before leaving for Spanish football and Levante amid the club’s financial struggles.

Uncle to the aforementioned Harte, its a family affair in the top two with no player having made more Premier League appearances for Leeds than one-club stalwart Gary Kelly.

A model of consistency throughout his career, Kelly was one of the league’s finest right-backs during the initial seasons of the Premier League, twice being voted by his fellow professionals into the division’s Team of the Year.

Possessing pace and tenacity in the tackle, Kelly spent 16 years in the first-team at Leeds and made 531 appearances in all competitions – becoming the only player outside of Don Revie’s legendary era to play over 500 times for the club.

Kelly’s dedication to Leeds saw him transcend several eras, playing his part in the disappointing spell following their league title success in the final pre-Premier League season, the club’s renaissance under O’Leary and the latter financial disaster which threatened their existence.