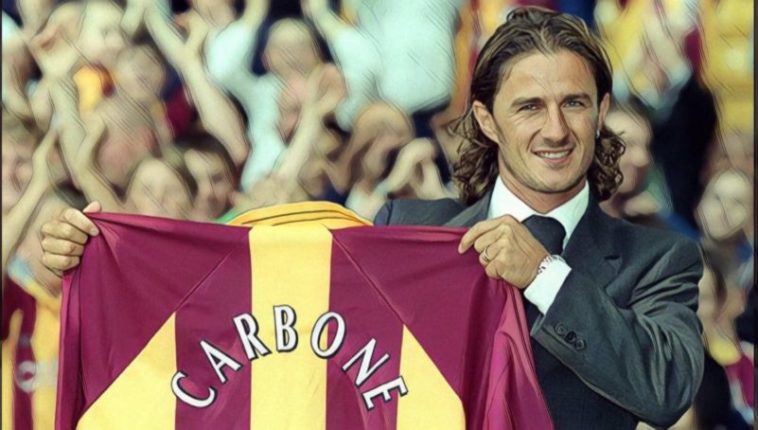 The 14th of May 2000 is a date etched in the minds of Bradford City supporters.

The unfashionable West Yorkshire side, playing in its debut Premier League season, had defied the odds, and began that day knowing a win at home would be enough to ensure their survival in the top flight.

Their task was going to be an enormously difficult one though, as the opposition was to be Liverpool, who themselves needed a result to qualify for the Champions League.

The outcome? A bullet header in the 12th minute from defender David Wetherall was all it took to give the Bantams an unlikely 1-0 victory, and spark jubilant scenes at Valley Parade. Supporters spilled onto the pitch celebrating like they had won a title, and a side which had been widely tipped to make a swift return to the Football League secured another year at the top.

Their exploits even cost Sky Sports Pundit Rodney Marsh his barnet. The former QPR maverick was so certain of Bradford being relegated that he vowed to shave his head if they pulled off the unthinkable. A man of his word, Marsh had his locks shorn, raising money for Bradford’s Plastic Surgery and Burns Unit in the process.

Still drunk, no doubt, on the euphoria of what they had achieved, Chairman Geoffrey Richmond embarked on what he would later refer to as ‘six weeks of madness,’ signing a number of multi-million-pound Premier League stars on hefty salaries in a bid to establish Bradford as a true force, rather than one content to again merely avoid relegation.

Richmond, a sonorous local businessman who seemed more than happy to be in the media glare, had amassed his fortune turning around a lighter company. He was about to see City’s fortunes go up in smoke however. Bradford finished rock bottom the following year, relegated with four games to spare.

Saddled with massive debt, the club is still feeling the after effects of that period some twenty years later. The Bantams currently languish in League Two, and have flirted with dropping out of the Football League altogether. The halcyon days of rubbing shoulders with the game’s elite now seem far, far away.

It begs the question: what if Wetherall hadn’t scored, and Bradford had gone down as predicted? It would have denied them a famous day that will long live in the memory, but on the upside, it seems certain that the financial security of the club would not have been jeopardised in the same way.

Lifelong City fan Richard Fawcett has no doubt which he would have preferred. ‘It would have been better if that goal had never happened. The financial mismanagement that occurred in the summer of 2000 set the club back years. It almost finished us.’

The summer in question saw raised eyebrows when Leeds midfielder David Hopkin joined for a club-record £2.5 million – unsurprisingly, a record that still stands today. Chelsea’s Dan Petrescu, too, signed on the dotted line. Already 32, with his best years well behind him, the Romanian only managed 17 games before departing for Southampton. Then there was striker Ashley Ward, from Blackburn, who arrived at Valley Parade for a cool £1.5 million.

But jaws really hit the floor when City announced the arrival of diminutive forward Benito Carbone. The skilful Italian was a free agent following a spell at Aston Villa, but Richmond signed off on a deal worth £40,000 a week, and threw in a seven-bedroom mansion on the outskirts of Leeds for good measure. It was an eye-watering amount of money, and said to be more than what David Beckham was earning at the time.

Bradford supporters had to pinch themselves. Fawcett recalls the excitement and even some giddy talk of qualifying for Europe. ‘Everyone couldn’t wait for the new season to start; we weren’t used to seeing players of this quality at City.’

Bradford’s success the previous year had been built on a rock-solid team ethic. ‘That squad was made up of a lot of players who to put it kindly had been around the block,’ says Fawcett. ‘Some pundits labelled them “Dad’s Army,” but what they did have was spirit and fight. There were some heavy defeats but they always bounced back. Paul Jewell got the best out of them.’

Jewell, a bright young manager at the time, masterminded City’s promotion to the Premier League and their subsequent survival, but departed soon after, to the disappointment of the Bradford faithful. It was clear he and Richmond were at loggerheads, and in his place Jewell’s assistant Chris Hutchings took the reins.

There is considerable debate on how much influence Hutchings had on the recruitment of players such as Carbone. Many saw it as Richmond pulling the strings, with the new boss no more than the chairman’s puppet.

An early and impressive 2-0 home victory over Chelsea—with Carbone on the scoresheet—saw optimism reach fever pitch, but sadly it would prove to be Hutchings only league win in twelve attempts.

Hutchings got the sack in November and was replaced by Scot Jim Jefferies, who fared little better, and Bradford finished bottom of the pile with just 26 points to their name.

Now in the second tier, City finances spiralled out of control. Carbone was sent out on loan, first to Derby, then to Middlesbrough, though the club no doubt still picked up a hefty chunk of his salary. A permanent deal with Middlesbrough could not be agreed, and Carbone remained on the books.

To further compound matters, ITV Digital collapsed, taking with it a seven-figure sum the club was desperately counting on. After this double financial whammy, Bradford were left with little choice but to enter administration, with debts totalling £35 million.

At that point administrators tried—illegally—to sack five players, but the future of the club ultimately would hinge on whether Carbone, who still had two years of his deal left to run, would waive the remainder of his contract, worth over £3 million pounds.

Carbone agreed, reflecting that he didn’t want to be known as the person who put Bradford out of business, and ensuring instant hero status among Bradford supporters.

Within seven years City would have sunk even further, to League Two, where despite some brief glory days, including a run to the League Cup final in 2013, they remain to this day.

As lower league football faces up to some stark realities in a post Covid-19 world, one man’s folie de grandeur serves as a cautionary tale.

After overseeing the whole debacle, Richmond departed the club in 2002. ‘I will never, ever forgive myself for spending the money we did,’ he would contritely say to local papers. ‘Looking back, it was six weeks of madness, and I hold my hands up.’

Fawcett is not so lenient. ‘He got ideas above his station and gambled with the club’s future but failed miserably. I’m grateful to have seen Benito Carbone in a City shirt, but ultimately I wish it had never happened.’