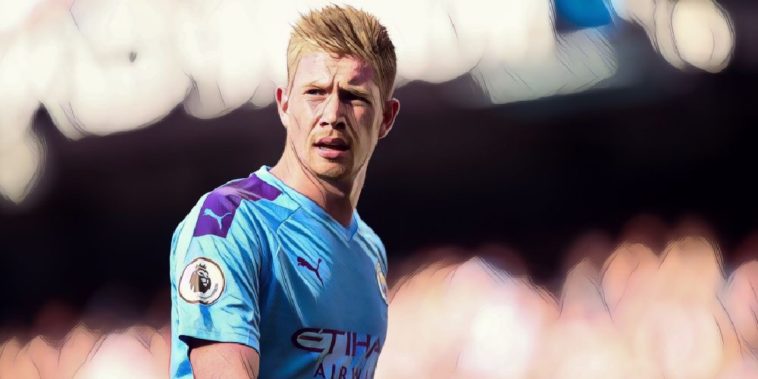 The Premier League season is rapidly reaching its conclusion with just a handful of fixtures remaining in an unforgettable and unprecedented campaign, with several of the division’s stars having enjoyed superb seasons for their respective sides.

We’ve decided to look at some of the Premier League’s most effective talents when it comes to providing goals so far this season, the six players with the most goal involvements in the current campaign:

Jimenez has proven a talismanic figure in the Wolves attack this season with the Mexican international leading the line in fine style, becoming the club’s first player in more than four decades to score 17 goals in a top-flight season.

The 29-year-old is perfectly suited to his side’s style of play and continues to go from strength to strength, enjoying the best campaign of his career to date as Wolves push for a second successive European qualification.

Raul Jimenez’s 17th @PremierLeague goal of the season may have been his best yet.

Jimenez’s 17 league goals have been added to with a further six assists, whilst his total tally stands at 26 goals and 10 assists in all competitions after playing an influential role in Nuno Espirito Santo’s side’s run to the latter stages of the Europa League.

Some of Europe’s leading sides are reportedly monitoring the former Benfica player ahead of a summer move, and it is not difficult to see why following a stand-out season at Molineux.

Amongst the favourites for the Player of the Year awards come the season’s end, Sadio Mane’s fine form has been one of the key factors behind Liverpool’s coronation as Premier League champions.

The Senegalese superstar has shone as one of the division’s brightest attacking talents, continuing his form from last season’s Golden Boot-winning campaign with another prolific season, scoring 20+ goals in all competitions for the third successive year.

Mane has registered 17 league goals – many of them vitally important – alongside a further seven assists, a player whose sensational talent is boosted by a selfless style which has seen him become arguably the most important player at England’s best club side.

Manchester United vs Chelsea always reminds us of this ?

Many questioned Manchester United’s wisdom in allowing leading scorer Romelu Lukaku to depart for Inter Milan last summer, but Ole Gunnar Solskjaer’s faith in his current options has been vindicated following career-best seasons for both Marcus Rashford and Anthony Martial.

Rashford has scored 17 league goals and provided a further seven assists for the Red Devils so far this season, thriving in a position on the left-hand side of the attack where his ability to pick the ball up and drive at defences is best utilised.

Only three players in the Premier League have registered more than his 24 goal involvements to date, Rashford growing in both influence and importance in a side brimming with potential at Old Trafford.

Leicester’s position amongst the top four for most of the season has been largely thanks to a scintillating campaign from Jamie Vardy, the evergreen forward closing in on the Premier League’s Golden Boot following another prolific campaign at the King Power Stadium.

Vardy’s league leading 23 goals has contributed to a haul of 28 goal involvements this term, his stellar season seeing the 33-year-old become the 29th player to reach a century of Premier League goals.

Vardy is just one goal short of matching his best ever top-flight tally for goals, having scored 24 times during Leicester’s title-winning season four years ago to be named as the FWA Footballer of the Year.

The star will hope to add to his tally of 28 goal involvements when Leicester take on Manchester United in the final fixture of the campaign – a game which shapes up as a deciding clash in the race to secure Champions League qualification.

?⚽️ Mohamed Salah is one goal away from hitting the 20-goal mark in the Premier League for a third successive season.

Will he reach the milestone before the season is out? ? pic.twitter.com/0DS07UgBb3

Mohamed Salah’s continued excellence has meant another stunning season for the Liverpool star has gone somewhat under the radar despite the club’s long-awaited title triumph, with only one player having been directly involved in more goals so far this season.

The Egyptian international’s hopes of securing a third successive Golden Boot look remote with current leader Vardy possessing a four-goal advantage with just two games remaining, but Salah is a player whose self-confidence means he will not relinquish the accolade easily.

Salah needs just one more goal to become the first Liverpool player since Roger Hunt in 1965/66 to score 20+ league goals in three consecutive campaigns, another fine total for the 28-year-old who has also added nine Premier League assists – a figure bettered by just five players across the division.

By Far The Best Player In PL This Season & Deserves The PFA POTY by a country mile. pic.twitter.com/aWzntYjRiv

Arguably no player has produced on as consistent a basis as Manchester City’s Kevin De Bruyne this season, the midfielder enjoying an outstanding season that may result in a host of individual accolades.

De Bruyne leads the league for assists with 18 and needs just two more to level Thierry Henry’s all-time single season record of 20, whilst the Belgian has also become the first player in history to register 15+ assists in three separate campaigns.

His incredible creativity has been added to by the best goalscoring season of his career to date, netting 11 Premier League goals to make it 29 goal involvements for the season – the most of any player in England’s top tier.

The heartbeart of Pep Guardiola’s side and now surely recognised as the finest attacking midfielder in world football, De Bruyne will hope to finish a memorable individual season with team success as City pursue a maiden Champions League title.