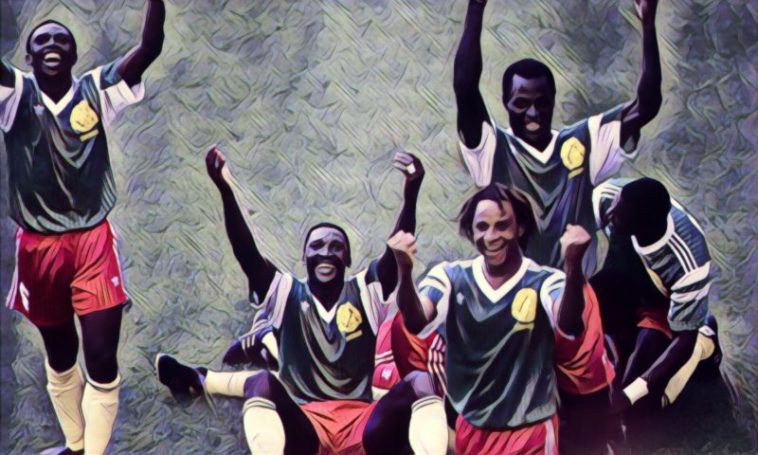 International football has borne witness to some of the most shocking results in the history of the game.

It’s been a good international break for England, Wales, Northern Ireland and the Republic of Ireland, with all four nations winning their respective fixtures in the last week.

It has not been a good week for Scotland however, who scraped an ugly 2-0 win over San Marino, the lowest ranked team in the world, but not before they suffered the shock of their lives, losing 3-0 to Kazakhstan.

Every team is on the receiving end of a surprise defeat every now and again, but this was especially bad for the Scots; their opponents have only won five competitive fixtures in the last ten years.

Safe to say Scotland probably won’t be going to Euro 2020, but they’re in good company when it comes to big international upsets, with the likes of Spain, England, Portugal and Italy on the receiving end of some of the worst down the years.

The Americans have caused quite a few upsets over the years, but this was one of the biggest. Following their Euro 2008 triumph, Spain were ranked number one in the world, having not lost in their previous 35 games. This game — a Confederations Cup semi-final — was expected to be a walkover, but goals from Jozy Altidore(!) and Clint Dempsey secured a famous win.

The result is even more shocking looking back, considering Spain would go on to win the World Cup the following year as well as Euro 2012, becoming the most dominant team in the history of international football. The Confederations Cup is the only trophy La Roja have been unable to secure.

Greece winning the European Championship in 2004 in itself was possibly the biggest shock in international football ever, but their win over Portugal in the opening game of the tournament, in Portugal’s home championship, was the kind of spectacular outcome that lives long in the memory.

The Greeks would also beat reigning champions France and Portugal again in the final on their way to glory, and oddly their only loss in the tournament came in the final group game against Russia. The lasting memory of the final has to be Manchester United‘s Cristiano Ronaldo in tears after the final whistle.

Before the World Cup in Japan and Korea got underway, France were considered favourites to retain their crown. However, 90 minutes after the opening game of the tournament had kicked off, everything was flipped upside down.

Papa Bouba Diop, who go on to play in England with Fulham and West Ham among others, scored a cagey winning goal. Senegal, a minnow in footballing terms competing at their first World Cup, defeated one of the all-time great sides against all odds, completing one of the greatest shocks ever.

Not many people remember this, but Brazil were in crisis mode in the few years leading up to the 2002 World Cup, a tournament they went on to win. The nadir of that downfall came less than a year before that eventual triumph, when they were downed by Honduras in the quarter-finals of the Copa America in Columbia.

The Republic of Ireland had performed well at successive World Cups, flourishing under Jack Charlton’s “put ’em pressure” tactics. So it was quite a shock when Liechtenstein gained their first ever qualification point against Big Jack’s side just over a year after USA ’94. Ireland dominated the game, but Charlton’s one-dimensional tactics failed to break down the stubborn opposition.

Any time an amateur outfit defeats a team full of professionals it has to be considered a huge shock. The Faroes did just that in their first ever competitive game, beating Austria in a Euro 92 qualifier. It wasn’t a great Austrian side, but they had just competed at the World Cup in Italy earlier that year. Jens Martin Knudsen was a rock between the sticks for the minnows on that famous night.

If you weren’t around to savour Italia ’90, then this game was akin to France vs Senegal in 2002, but way more shocking than that.

Like that game in Seoul, the reigning world champions were competing in the opening fixture against an African outfit. The difference was that the Senegal team were peppered with seasoned professionals who were playing in Ligue 1, while Cameroon were essentially a team of home-based players. Roger Milla, who became the first major African star of the World Cup, was infamously enjoying life on the tiny island of La Reunion when he got the call-up.

The Cameroonians brutalised Diego Maradona and his teammates on their way to victory, with the late Benjamin Massing getting a second yellow card for virtually cutting Claudio Caniggia in half. The Indomitable Lions finished the game with nine men.

Just some of Cameroon’s fouls on Claudio Caniggia in the 1990 World Cup… pic.twitter.com/HOUZNdhA6K

Beating the host nation at the World Cup has to be the North’s greatest win of all time, completed thanks to a Gerry Armstrong goal.

The game that gave birth to Bjørge Lillelien’s famous line “your boys took one hell of a beating”. Norway finished bottom of their qualification group for the 1982 World Cup, but not before causing a huge shock by defeating the English.

Quarter-finalists at their own World Cup in 1970, the Mexicans missed out on qualifying for the 1974 edition after they were hammered by the Caribbean island at the Concacaf Championship in Haiti. It was the first time Mexico missed a World Cup since 1938.

One of the great World Cup shocks of all time, North Korea put Italy to the sword after Park Doo-Ik scored the only goal of the game. The Koreans nearly reached the semi-finals after they took a three-goal lead at half-time of their clash with Portugal, only for Eusebio and company to smash five past the tournament’s surprise package.

Quite possibly England’s worst defeat at a major tournament ever, the nation that held themselves in such high regard as the gatekeepers of the game were beaten by a group of supposed rookies. The US caused England further embarrassment with a 2-0 win in 1993 and a 1-1 draw at the 2010 World Cup.

Read: Young Lions: The rising stars at the heart of England’s future