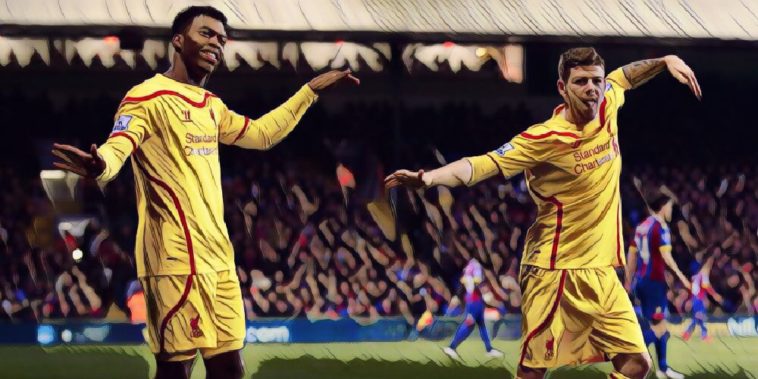 Jurgen Klopp has thanked Daniel Sturridge and Alberto Moreno for their contributions to the club after it was confirmed the duo will leave Liverpool this summer.

Forward Sturridge leaves after scoring 67 goals in 160 appearances since joining from Chelsea in 2013, whilst former Sevilla full-back Moreno is also departing after five years at Liverpool.

Sturridge and Moreno were both out-of-contract and have not been offered new deals at Anfield, with Klopp thanking the pair for their contributions during his time at the club.

“The most important words to say to these two remarkable players is ‘thank you’,” Klopp told Liverpoolfc.com.

“They were here when I arrived as manager and during that period they – as much as anyone – helped to establish us as a team that would be heading in the right direction. Without them we wouldn’t be the team and club we are in this moment.

“Alberto is a person whose personality is reflected in how he plays. Full of life, full of energy, always positive. An unbelievable character who is always willing to give all of himself for the team.

“I know this season, and the end of the last, maybe the minutes on the pitch he would have wanted and deserved were not there, but his contribution did not diminish. How he was in training kept the entire group on their toes. Albie is world-class and I know he will be back in the Spain national team in the not too distant future.

“Daniel has earned the right to be considered a modern-day Liverpool great, I would think. He came to the club while we were trying to rebuild and re-establish ourselves. Some of the goals he has scored for Liverpool were so, so, so important.

“He is one of the best finishers I have ever seen in my life. He scores goals you think could and should not be possible.

“Again, like many players in my squad, Daniel has had to be patient and contribute when asked during games, but even this season he has played a vital role.

“What maybe is missed on the outside of the club by many is what a great leader Daniel is in our dressing room. He is smart, confident and not afraid to speak up when he thinks there is something that needs adapting to help the team. He has been great with many of the younger players also, so he has been so important to our progression here.

“I wish both players nothing but success and joy wherever their journey takes them next. Whoever has them next will be so lucky to have these outstanding personalities in their ranks.

“We will miss them of course, but we can say farewell with the best words possible: Guys, you leave as European Champions.”

See also – The six most successful countries in European football