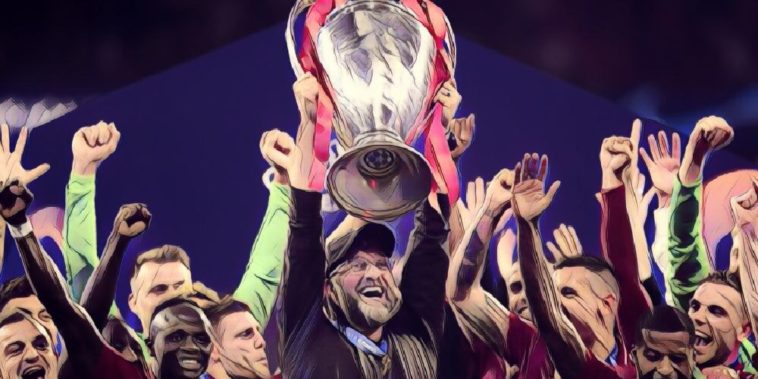 The 2018/19 season saw the English Premier League show its strength on the European stage, with Liverpool and Chelsea emerging triumphant in two all-English finals for the continent’s biggest prizes.

But which country has proven the most successful historically in winning the European Cup/Champions League and UEFA Cup/Europa League trophies?

We’ve taken a look back at European football’s six most successful countries of all-time.

Lisbon giants Benfica were the first Portuguese victors on the European stage as they ended Real Madrid’s early dominance of the European cup with back-to-back triumphs in 1961 and 1962, the latter inspired by a brace from Eusebio.

Since then, it has been Porto who have taken the mantle for Portugal, winning a first European Cup in 1987 before a surprise second in 2004.

The Dragoes have also twice lifted the Europa League to take their personal European total to four, emerging victorious in 2003 and 2011.

Portugal’s most successful managers on the European stage are Hungarian Bela Guttmann and native Jose Mourinho, the pair having both won two European honours with Portuguese sides.

The early 70’s were the golden period on the European stage for Dutch sides, with teams from the Netherland’s winning the first four European Cups of the decade.

After Feyenoord became the first side from the Eredevisie to be crowned champions of Europe in 1970, a Johan Cruyff-led Ajax followed the feat with a hat-trick of titles over the next three years.

Feyenoord also lifted the UEFA Cup during the same period, winning the trophy in 1974, whilst PSV Eindhoven matched that feat in 1978 in an unprecedented period of success for the Netherlands.

PSV would go on to become the third Dutch side to lift the European Cup in 1988, before a young Ajax team including the likes of Edgar Davids, Clarence Seedorf and Patrick Kluivert shocked Europe by winning a fourth title for the Amsterdam club in 1995.

Three years earlier, Ajax had shown their potential by beating Italian side Torino in the Europa League final.

Since Ajax in 1995 Dutch sides have added just once to their European haul, with Feyenoord winning the 2002 Europa League. Ajax’s defeat to Manchester United in the 2017 edition of the tournament the closest the country has come to European success this decade.

Bayern’s success began with three back-to-back European Cup triumphs between 1974-1976, before again being crowned champions of Europe in 2001 and 2013, the latter being an all-German final against rivals Borussia Dortmund.

Hamburg in 1982 and Dortmund in 1997 make it seven Champions League triumphs for German sides, whilst the country has had similar success in the Europa League.

Borussia Mönchengladbach were the first side to win the tournament, achieving the feat in 1975 and 1979 respectively with forward Allan Simonsen scoring in both finals.

Eintracht Frankfurt won the tournament the following year, beating Monchengladbach in the final in only the second final meeting between teams from the same country.

Bayer Leverkusen, Bayern Munich and Schalke have also all lifted the trophy, in 1988, 1996 and 1997 respectively, meaning Germany’s 13 honours have been shared amongst seven clubs.

Italian football has long had an illustrious history on the European stage, with AC Milan’s seven European Cup triumphs second only to Spanish giants Real Madrid.

AC and city rivals Inter shared three European Cups between them between 1963-1965, before AC added another in 1969.

Juventus became the third Italian side to lift the trophy in 1985, remarkably one of only two triumphs alongside 1996 for the Turin side despite being far and away Italy’s most successful side domestically.

Milan would win three European Cups in a six-year period between 1989-1994, including back-to-back triumphs under Arrigo Sacchi before further success in 2003 and 2007.

Jose Mourinho would end Inter’s 45-year wait to be crowned champions of Europe in 2010, the competition’s last success by an Italian side.

In the UEFA Cup, Italians have been similarly as successful including winning eight titles in just 11 seasons between 1989-1999.

Juventus (3), Inter (3) and Parma (2) the most successful Serie A sides in the competition.

England’s success in 2018/19 lifted them above Italy as Europe’s second most successful country.

Liverpool lead the way for English sides on the continent, having won six Champions League and three Europa League titles.

Manchester United became the first side from England to be crowned champions of Europe in 1968, following that success by lifting the trophy again in 1999 and 2008.

The country’s best period came in the late 1970’s and early 1980’s, when Europe’s biggest prize was brought back to England on six consecutive occasions by Liverpool (3), Nottingham Forest (2) and Aston Villa between 1977-1982.

Chelsea became the first London side to win the tournament in 2012, beating Bayern Munich in their own Allianz Arena stadium via a penalty shoot-out. There have also been two all-English finals in the competition’s history, with Manchester United (2008) and Liverpool (2019) emerging victorious against Chelsea and Tottenham respectively.

In the Europa League Spurs were the inaugural winners following its introduction in 1972, one of two occasions the North London side has lifted the trophy with Liverpool and Chelsea (2) the other multi-time winners.

Ipswich Town (1981) and Manchester United (2011) are the other English sides to have lifted the trophy.

The dominant force in European football is Spain, with Real Madrid the continent’s most successful side.

The capital club won the first five editions of the European Cup following its creation in the 1955/56 season, part of a tournament-record 13 triumphs. Those 13 triumphs remarkably equalling the record of all-English clubs, the country with the second most wins.

Barcelona’s five successes make it 18 triumphs for Spain’s big two, with four of those coming since 2006.

In the Europa League, Sevilla lead the way having won a record five titles, including three consecutively between 2014-2016. Atletico Madrid’s three titles are equal-second, with all three having come since 2010 as Spanish sides have dominated the past decade.

Real Madrid and Valencia have also tasted Europa League success, making it 29 European titles for Spanish sides, the most of any country.

Incredibly, prior to this season, Spanish clubs had won nine of the past ten Champions League and Europa League titles, in a dominant period for the country on the European stage.

Outside of the top six, only four countries have tasted Champions League success with Scotland, Romania, Yugoslavia (now Serbia) and France all lifting one trophy each.

In the Europa League, teams from Sweden, Turkey, Ukraine, Belgium and Russia have all tasted success.