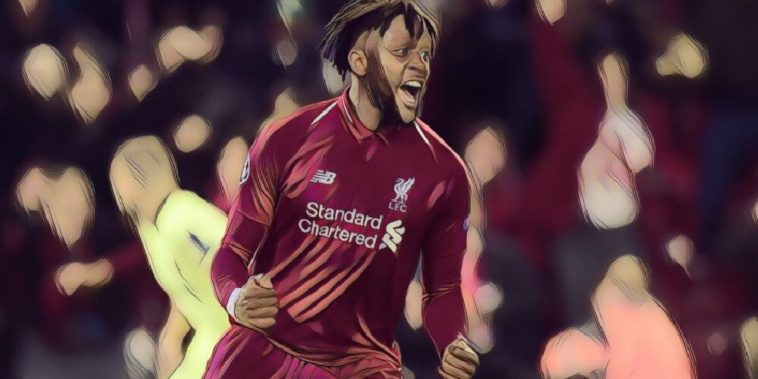 Steve Nicol believes Liverpool should ‘get rid’ of Divock Origi, even in spite of his heroics in the Champions League.

The Belgian forward is out-of-contract at Anfield, though he looks set to be offered a new deal following his heroics in the club’s European success.

Origi scored twice in the 4-0 semi-final second leg comeback win over Barcelona, before scoring again in the final against Spurs as Jurgen Klopp’s side were crowned champions of Europe for the sixth time in the club’s history.

Despite his contribution, former Liverpool defender Nicol believes the club should allow the 24-year-old to leave as they look to improve the squad.

“For Liverpool’s sake, they should get rid of him, let him go, depends on how harsh or nicely you want to put it,” Nicol told ESPN.

“He has to go for his sake but for Liverpool’s sake, they’ve got themselves into a place now where they need to think ‘how do we take the next step?’. And for me taking the next step is making the squad better and bigger. I don’t feel that Divock Origi makes our squad better.

“Whenever he has played, whenever he has come on, generally for Firmino to give him a break, the level has dropped too far in my opinion. That’s why ultimately they have to get rid of him.

“Now, he’s going to be remembered forever and a day, not only for the Champions League goal in the final, but obviously for the one against Barcelona and against Everton.

“So he will be remembered but unfortunately, as a player, he’s just not good enough to be playing at the level Liverpool need to be every time they step on the field.”

Klinsmann – Klopp is the perfect fit for Liverpool