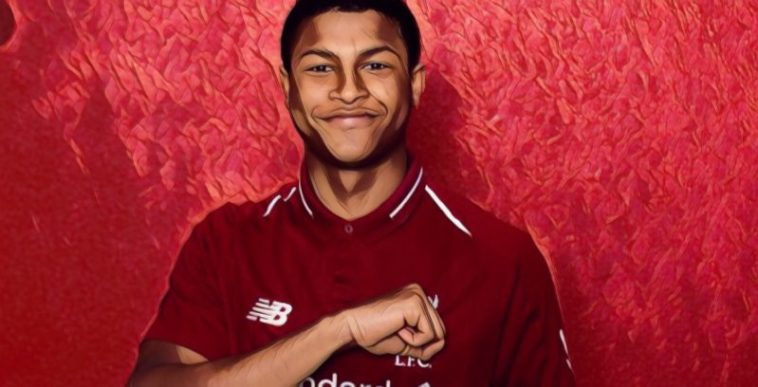 In the mayhem of a transfer window there is often always a demand from social media reared supporters to see their club flex some ripped financial muscle and sign a superstar.

At Anfield, there is arguably even more of this clamour from the terraces this summer. From Bruno Fernandes and Nicholas Pepe to the outright bonkers reports of a fantastical move for Kylian Mbappe; the rumour machine has been greased and ran to full optimization at Liverpool this summer.

There is a logic for Klopp and Co. to splash the cash this summer. 97 points was good enough to secure only a runners up spot last season in the Premier League. A Champions League victory in Madrid somewhat sugared the bitterness of losing out to Manchester City domestically; however it does not diminish the menace of Pep Guardiola’s now reigning champions of England as they look for a third straight title this season.

So the logic, according to many a transfer crazed fan, is to spend. Spend big and show the football world and your rivals that you mean business. That logic though has so far, been largely ignored by Liverpool this summer.

The alternative appears to be a turn inwards by Jurgen Klopp and his coaching team.

An audit of the players he already has in situ at the club, has left the German reported to be feeling relaxed about the squad and options presently at his disposal.

With a busy campaign on the horizon; Klopp looks set to hand opportunities to players at the periphery of his set up as well as blooding exciting youngsters. One such youngster he’s had his eye on for some time is Rhian Brewster.

The 19-year old forward has been a name long muttered with plenty of optimism by those behind the scenes at Liverpool. Klopp, in particular, is a huge fan and was reportedly dead against any notion of sending the lad out on loan. This was one for the first team and he wanted him close by.

This faith in Brewster perfectly encapsulates the current sluggishness seen by Liverpool in the transfer market. As fans cry for upwards of £70 million to be shelled out on attackers like Pepe or Fernandes; it appears Klopp feels he already has what he needs in Brewster as a genuine first-team option.

Investing such faith in an untried rookie whilst trying to take on one of the best football teams ever assembled on English soil is quite the gamble to be honest. City’s forward line is packed with title-winning experience. Even in reserve, they have the likes of Gabriel Jesus and Riyad Mahrez as attacking options. With Brewster yet to register a single minute of competitive action for Liverpool, he would really have to come in and hit the ground running.

However, Brewster is quite the talent and has already spent plenty of time ingratiating himself in Klopp’s first team where he has become a popular figure.

A horrific ankle ligament injury suffered in January 2018 saw him set back in his quest for a senior debut at Liverpool. It was a cruel twist for the youngster, who had just introduced himself to world football; scoring a tournament topping eight times in England’s victorious Under-17 World Cup in India.

However, Klopp’s enthusiasm for the youngster was not blunted and Brewster was kept under his watchful gaze during his recuperation.

As far as his prospects stand for 2019/20, the future looks decidedly rosier for the 19-year old. He made the bench during Liverpool’s famous 4-0 Champions League victory over Barcelona and it appears he is primed for his first ream debut. Speaking about the youngster’s slot in the match day squad against the Spanish champions in April, Klopp was glowing about Brewster’s prospects:

A frightening burst of pace and natural core strength on the ball; Brewster is a natural fit for Liverpool’s mobile and energetic front three. His versatility means that he can also comfortably fit in anywhere across the forward line and even drop deep if the situation arises.

A varied goal scorer; Brewster is perhaps best when running on to the ball. However, he has also shown a striker’s instinct of arriving in the box at the right time, should an opportunity present itself.

Of course, it’s still early days in the youngster’s career and he presently finds himself behind one of the best forward lines in world football, as well as Divock Origi, in the pecking order. But it appears he is one we are all going to be seeing a lot more of in the coming weeks and months.

The demand for a big name signing is never going to go away and Liverpool may well be gambling their title chances in not heavily investing, but it appears for now that Klopp has made his choice and he is backing this particular kid to be alright.