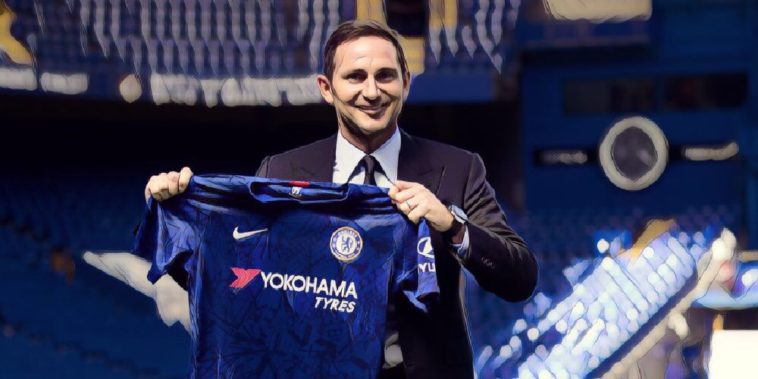 Frank Lampard admits his appointment as Chelsea manager is the ‘biggest challenge’ of his career.

The former Blues midfielder returned to Stamford Bridge as Maurizio Sarri’s successor, having impressed by leading Derby County to the Championship play-off final in his debut campaign as a manager.

Following his appointment, the 41-year-old has outlined his ambitions for the club, saying Chelsea want to be playing Champions League football ‘year in and year out’.

“We have to start with an intention to win. If I sat here and didn’t say that then I shouldn’t be here,” he told a press conference to mark his appointment.

“We want to play Champions League football year in and year out.”

Lampard, Chelsea’s all-time record goalscorer with 211 strikes, admitted that returning to the club represented a huge challenge, though is confident of becoming a success having overcome expectation and pressure before.

When asked if taking charge at Chelsea was the biggest challenge of his career to date, the former England international replied: “Yes.”

He added: “Coming here 19 years ago was a challenge. I had the radio on and some people were questioning whether I should be here for £11million.

“I thought last year was a huge challenge.”

Lampard’s first pre-season in charge will start off with a trip across the Irish sea to face with League of Ireland sides Bohemians and St Patricks, before jetting off to Asia where they will face Spanish champions Barcelona in Japan on July 23.

Lampard will have the opportunity to win the first trophy of his reign on August 14, when Chelsea face Champions League winners Liverpool in the UEFA Super Cup in Istanbul.