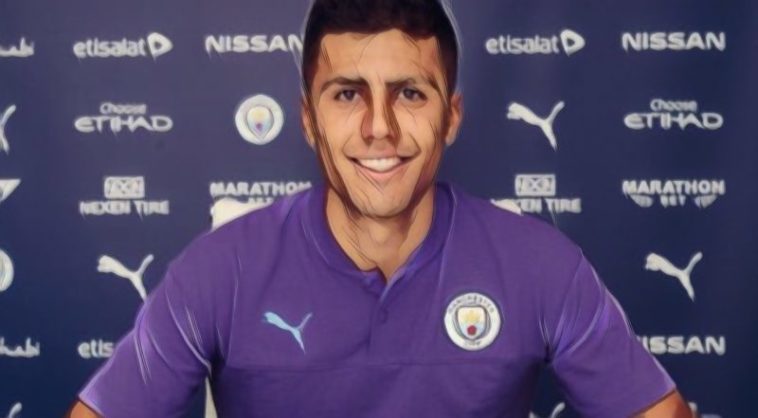 Having been catapulted into Europe’s elite following Sheikh Mansour’s billionaire takeover in 2008, Manchester City have enjoyed an unprecedented spell of success in English football.

The 2018/19 season saw the blue half of Manchester secure the first domestic ‘treble’ in English football history, with their current squad possessing an embarrassment of riches.

Never shy to show their financial power in the transfer market, the club have made several big-money additions in recent seasons.

An extrovert personality and big social media presence, the charismatic full-back arrived in Manchester having impressed in the Monaco side which surprised Europe by reaching the Champions League semi-finals.

Pep Guardiola had identified full-back as an area to strengthen following his first season in the Premier League, with Mendy arriving to replace the outgoing and ageing duo of Gael Clichy and Aleksandr Kolarov.

The French international has impressed in spells since arriving at the Etihad, particularly in an attacking sense with his powerful runs and dangerous delivery, however, injury problems have restricted his contribution to the club’s back-to-back Premier League triumphs.

In two seasons with the club he has made just 17 league appearances, though at 24 he still has time to become a success.

A resounding success. The once Chelsea outcast returned to English football following a spell in Germany, having developed into one of the finest midfielders in Europe.

Having been named as Bundesliga Player of the Year in 2014/15, City broke their transfer-record to bring the Belgian back to the Premier League where he has continued to shine.

Superb technique, vision and comfortable playing off either foot, De Bruyne is the archetypal modern play-maker and a key component in Guardiola’s winning machine.

Arguably the star player in a team regarded as the Premier League’s greatest ever, a few further years of sustained success could see De Bruyne remembered as one of the division’s all-time best.

An elegant defender who has quietly established himself as City’s first-choice centre-back, it remains bemusing how Laporte is yet to receive international recognition with France.

With neither Nicolas Otamendi or Vincent Kompany getting any younger, Guardiola signed Laporte from Spanish side Athletic Bilbao as a long-term partner for England international John Stones in January 2018.

Powerful and composed, the left-footer is comfortable playing from the back which makes him ideal for City’s possession-based style.

Whilst he may not regularly take the headlines, Laporte is now regarded as one of the Premier League’s elite central defenders.

Despite already boasting a wealth of attacking riches, City decided to spend a club-record £60m to take Leicester’s mercurial winger Riyad Mahrez to the Etihad in 2018.

The Algeria international had long been linked with a move to a Champions League side, having played a starring role in Leicester’s shock Premier League title triumph.

With competition from the likes of Raheem Sterling and Leroy Sane in the wide areas, the 2015/16 PFA Player of the Year has found opportunities more difficult at City in his debut season.

12 goals and 12 assists in 44 appearances in all competitions is a respectable total in his first season at the club, however Mahrez will want more regular game-time having started just 14 league games last season.

The winger has the talent to be a success at City, and will hope to establish himself further in the champions squad next season.

The search for a long-term successor for Fernandinho has led City to Spain international Rodri, who has joined from Atletico Madrid in a club-record deal this summer.

Having been released by Atletico as a youngster over concerns over his physical strength, the 23-year-old has enjoyed a meteoric rise since. Having found first-team football at Villarreal, he returned to Atletico in 2018 but after just one season back in the Spanish capital had European giants circling.

Rodri is a defensive midfielder who is comfortable in possession and ideally suited to City’s style of play, and could prove to be a key figure in the club’s midfield for season’s to come.