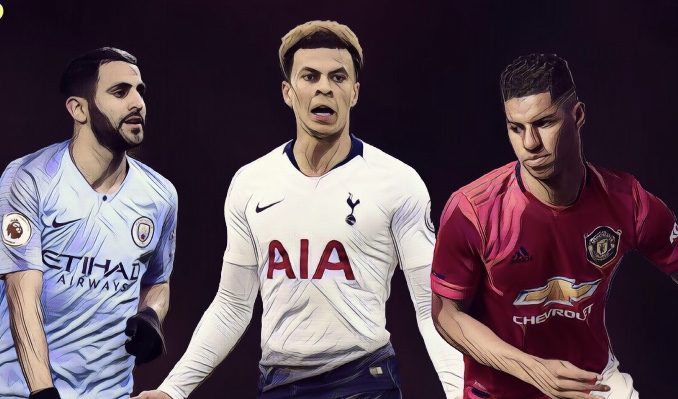 The countdown to the 2019/2020 Premier League season is on, with fans eagerly anticipating the new campaign’s kick-off on August 9.

Throughout pre-season, supporters will be keen to see how their side is shaping up, as players come and go in the frenzy of the summer transfer window.

The new season will also see expectations increase for several stars, some of whom may have under-performed, whilst others will be trusted with greater responsibility than ever before.

Ole Gunnar Solskjaer has placed his faith in the England international, with the Manchester United boss believing the academy graduate is the player to lead his new-look side’s forward line.

Rashford possesses undoubted talent and potential, but doubts remain over his finishing and ability to become the 20+ goal a season forward United desperately need.

The 21-year-old hit 10 league goals last season, his highest total since breaking through to the first-team, though United will need Rashford to increase that figure next time around.

Romelu Lukaku’s expected departure will only increase the pressure on Rashford to deliver, whilst the Manchester-born forward’s bumper new-contract will only add to expectations.

Rashford’s new deal is believed to be worth a staggering £250,000-a-week, a huge amount of money for a player who is yet to show they can be a prolific goal scorer at the top level.

Solskjaer will hope Rashford can start to truly fulfill his vast potential after committing his long-term future to the club, United will certainly need him to as they bid to improve following a disappointing season at Old Trafford.

Having enjoyed a stunning breakthrough at Tottenham after joining from MK Dons, including back-to-back PFA Young Player of the Year awards, the England international’s levels dropped somewhat last season.

The midfielder remains a favourite of Spurs boss Mauricio Pochettino, however, his statistical numbers have fallen in consecutive seasons and confusion remains over what is his best position.

Having scored 18 Premier League goals in 2016/17, Dele has failed to reach double figures in the two seasons since and followed a poor World Cup by scoring just five in 25 appearances last season due to injury and a loss of form.

Remarkably still just 23-years-old, Dele has the potential to become one of the Premier League’s great goalscoring midfielders, however, he must rediscover his best form following a below-par campaign.

Club-record signing Tanguy Ndombele’s arrival from Lyon will add to competition within the Spurs midfield, and Dele must begin brightly next season if he is to remain a key part of Pochettino’s plans as he looks to build a squad capable of challenging for the title.

Whilst Pep Guardiola’s side enjoyed a historic season, becoming the first English side to win the domestic treble, Mahrez’s campaign was inconsistent as he failed to cement a regular starting place.

Competition was always likely to be high at City with the likes of Raheem Sterling and Leroy Sane operating in the wide areas, though the 2015/16 PFA Player of the Year will hope for increased game time in the new campaign after making just 14 league starts last season.

A tally of 12 goals and 12 assists in 44 appearances in all competitions was a respectable total in his first season at the Etihad, however, the mercurial Mahrez will need to step up next season if he is to establish himself as a key component in the champion’s squad.

The Youtube experts had labelled the 24-year-old as a blend between the former Liverpool captain and Chelsea star N’golo Kante, and whilst those comparisons were ludicrously exaggerated he did arrive from Red Bull Leipzig with a reputation as one of the Bundesliga’s finest midfielders.

A bright start was curtailed by injury, whilst several problems hampered the Guinea international during his debut season in English football. After an inconsistent start to life at Anfield he began to show flashes of the promise which made him such a highly-sought talent, though another injury suffered in the club’s Champions League semi-final with Barcelona ended his season and saw him miss the final success against Tottenham.

Keita will hope to return stronger having acclimatized to the demands of the Premier League, and offers a dynamic and different option to Jurgen Klopp’s midfield.

Liverpool fans will hope he can begin to deliver on his potential and become a key figure for the Merseyside club.

Perhaps unfair to include on this list considering he is yet to play a game for Chelsea, however, the US international will carry high expectations having essentially been signed as a replacement for the departed Eden Hazard.

Hazard’s defection to La Liga has ridden Chelsea of their creative fulcrum, though the club will hope the former Borussia Dortmund star can help fill the void left by the Belgian’s exit.

There will pressure for the American to deliver immediately despite being just 20-years-old, however having already established himself as the key figure in and captained the US national team he has previous in handling expectation.

The £58m signing scored just seven goals and provided six assists in 30 appearances for Borussia Dortmund last season, and Chelsea will hope the winger can increase those figures as they look to compensate for the loss of their 21-goal top scorer.