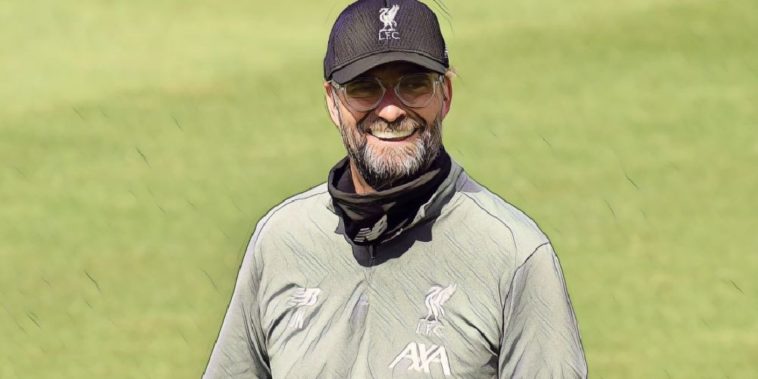 Jurgen Klopp has admitted he is expecting a short turnaround this summer, the Liverpool boss using the current period of preparation as a pre-season for next season too.

The Premier League leaders have finally returned to contact training following last weeks approval by top-flight sides, the league preparing to make its return this month having been suspended since mid-March.

The Liverpool boss has spoken of his delight at reuniting with his players at the club’s Melwood training ground, and is hopeful the Reds can make good progress in their fitness ahead of the resumption of the season, the German enjoying the prolonged spell of good weather in England’s north-west of late.

“It’s absolutely brilliant, a massive difference,” Klopp told Liverpoolfc.com. “The weather is just outstanding, it means all the things we have to do outside – we don’t have changing rooms here, that makes it all slightly difficult – but with the weather it’s absolutely no problem, it’s rather nice to do it this way.

“So, we enjoy it a lot. We could work on all the things we wanted to work on. The first week was already really good with the small groups, I enjoyed that as well, because it was just important to get on track again, to get used to the pitch and ball and boots and all that stuff. And now we work on tactical things, that works really well.

“The boys are still the same really, a good bunch of boys – and that helps a lot. We are in a good moment, we enjoy it. Hopefully we can make progress in the next two or three weeks, there are a lot of things that need to be organised still, obviously. We need to get hopefully a couple of [bits of] information but we take it like it is and use each second we are together.”

Getting ready for another day at it 💪💪 pic.twitter.com/SW5A6qRK79

Klopp said that it is a ‘massive lift’ to have returned to full training, and is confident his side will be match-fit ahead of their first fixture back, scheduled to be a Merseyside derby with Everton on the weekend of June 19/20.

The German added that the club are treating this period as a pre-season ahead of next season, though Liverpool are likely to have an extended break compared to several of their rivals having already exited both the FA Cup and Champions League, proposals to finish the European calendar scheduled for late August.

“We don’t have to be match-fit now,” he added. “We try it with increasing intensity, day by day, but we have to be fit on the 19th or 20th, whichever day they will give us against Everton, I think. That’s the moment when we want to be at 100 per cent.

“It’s roundabout three weeks until then, that’s good. We want to use that and we will. It’s our pre-season; how I said, we don’t expect a long break in between the seasons, so this is a very important period for us.

“We never had nine weeks without football training in our lives – since we played football, pretty much. That’s all different but interesting as well.

“We enjoy the situation, that’s really all good. And it makes all the difference for us, to be honest, to come together and have this hour or two here together. You get this contact, feedback as well on the pitch directly, not via a computer or a screen. It’s a massive, massive lift.”

Tweets of the Week: The Premier League’s comeback, Dominic Cummings and a bloody good Arsenal kit