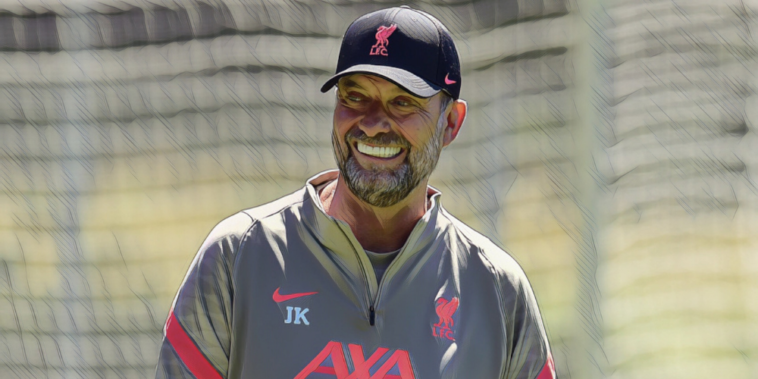 Jurgen Klopp says Liverpool ‘want to fight’ for the title this season and has assessed the contenders as the Premier League season prepares to get underway.

Liverpool travel to face newly-promoted Norwich in their opening fixture of the 2021/22 season tomorrow evening, with the Reds looking to make a positive start following a challenging title defence last term.

Klopp has assessed the title race ahead of the forthcoming campaign and insists the club’s rivals are not ‘hiding their ambitions’ following impressive summer transfer windows, but insists Liverpool are looking to compete and challenge once again.

“The previous season, the gap before us was pretty big. I’m not sure if it can get any more intense for all the rest. We will see.

“I mention only these four, but it will not be only these four. Leicester made really good business again. Arsenal are trying, Tottenham are trying. There are so many teams. West Ham played their best season for a long, long time last year – they didn’t get worse over the summer.

“It will be an interesting league again. Let’s see how it starts, then we can talk about that, then let’s make the next step.”

Liverpool ended last season in strong form after taking 26 points from the final 30 available, a run which saw the Reds climb into the Champions League places after appearing set to miss out on the top four.

Klopp believes his side’s ability to win games despite their ‘problems’ showed the character of his side, as Liverpool look to find greater consistency in their performances this time around.

“The last few games we knew it was in our hands and we came through it,” he said.

“For us, the third place last year was not far off the other positions in the two years before to be honest and was really special with the problems we had. We found a way how to win football games and that’s a really important message.

“It was obviously a sensational feeling and that will help us because it’s another feeling we experienced together”.