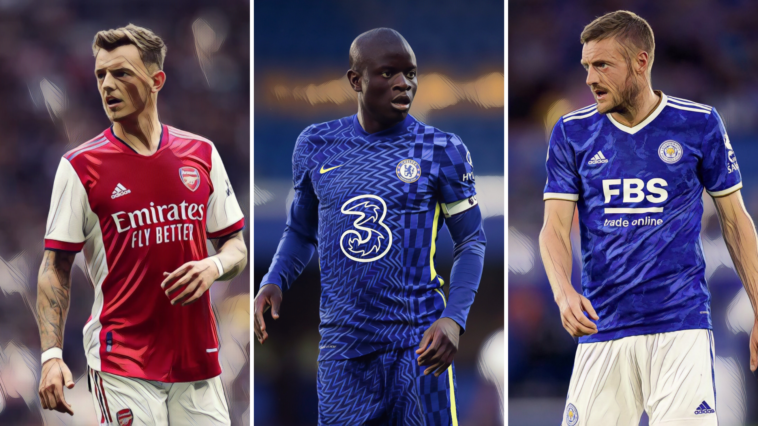 The most watched league in world football is back as the Premier League returns this weekend with the start of the 2021/22 campaign.

A new season brings new hope and expectations right across the division, with Manchester City the defending champions and looking to continue their recent Premier League dominance.

Chelsea, Liverpool and Manchester United will all be looking to improve and challenge Pep Guardiola’s side, whilst Brentford will hope to enjoy their first top-flight venture since 1947 after earning promotion through the Championship play-offs.

Ahead of the season’s kick-off, we preview each of the 20 Premier League sides, beginning alphabetically from Arsenal to Leicester.

Arsenal’s continued decline has resulted in back-to-back eighth-place finishes over the past two seasons, the Gunners’ lowest in the Premier League since the mid-nineties.

Following FA Cup success in 2020 and strong backing in the transfer market, Mikel Arteta’s first full season in charge showed few signs of tangible progress and the pressure will be on the Spaniard should results not improve.

The arrival of Ben White from Brighton will improve the Gunners’ backline and ball progression from deep, even if the £50m price-tag looks overpriced before a ball has been kicked.

Fellow summer signings Albert Sambi Lokonga and Nuno Tavares are ones for the future, but after spending £75m so far this summer, will Arteta be given time to oversee a long-term rebuild as Arsenal fall further away from the elite?

Coaxing more from Nicolas Pepe could prove crucial with the winger in encouraging form towards the end of last season, whilst a core of Kieran Tierney, Emile Smith Rowe, Thomas Partey and Bukayo Saka can be built around – though now must be the time to show signs of improvement.

The headline news from Aston Villa’s summer has been the British transfer record sale of Jack Grealish to Manchester City, though concerns over the club captain’s departure have been offset by an exciting transfer window that has included the signings of Emiliano Buendia, Danny Ings and Leon Bailey.

Villa have demonstrated their ambition since returning to the Premier League two seasons ago and could surprise once again under Dean Smith’s shrewd management, boasting one of the division’s best goalkeepers, a solid backline, tenacious midfield and intriguing forward options.

Grealish’s exit could see Villa return to a more balanced approach with much of their play having ran through the influential midfielder, whilst the pick-up of Ings from Southampton eases the goalscoring burden on Ollie Watkins’ shoulders.

It remains to be seen how Villa cope without their talisman, but Smith will be eyeing a push for Europe following the additions of further firepower.

Brentford’s front-footed approach will be a welcome addition to the Premier League this season, with Thomas Frank’s side promoted through the play-offs after several near misses in recent campaigns.

The Bees will take a fearless approach to the season and boast tactical flexibility, though will need to take lessons from some overly-expansive promoted sides that won admirers but not points in the recent past.

Ivan Toney will be crucial to their hopes after a record-breaking 31-goal Championship campaign, whilst youngsters Bryan Mbuemo, Josh Dasilva and Rico Henry look tailor-made for the top tier.

Frank has added quality and European experience with the signings of Frank Onyeka and Kristoffer Ajer from Midtjylland and Celtic respectively, and Brentford could yet emerge as the neutral’s favourites in 2021/22.

Graham Potter won plenty of plaudits for his side’s performances last season, but an inability to turn dominance into goals undermined the progress the Seagulls made.

Brighton ranked seventh for average shots per game last season and 10th for possession, but their finishing position of 16th tells the story of a wasteful side, whose leading scorer was Neil Maupay on just eight goals.

The sale of Ben White to Arsenal is yet to be reinvested with the £18m arrival of Enock Mwepu – who should form a fine midfield partnership with Yves Bissouma – the only addition of note so far.

Links to Odsonne Edouard are gathering momentum and the Celtic forward is the calibre of player required, with the Seagulls lack of strength in depth precarious as the season gets underway.

Sean Dyche has continued to work miracles at Burnley in recent seasons, with a lack of investment yet to cost the Clarets their Premier League status despite brief flirtation with the bottom three last term.

Dyche has less than 12 months on his deal and Burnley’s inability to push forward from consolidation could ultimately prove costly, with 20-year-old defender Nathan Collins their only notable addition of the window so far.

Burnley have continued to get over the line in terms of Premier League survival in recent seasons, with an old-fashioned front two and physicality from set-pieces amongst their key weapons.

However, in a world that refuses to stand still, Burnley lack depth and look in danger of being left behind by rivals willing to spend towards success.

Chelsea’s were tipped as title challengers last season following a huge summer of investment, though it took a change in management to truly showcase what the west London side were capable of.

Thomas Tuchel’s turnaround resulted in Champions League success and the objective will now be to re-establish Chelsea as the best side in England.

Whilst the opening months of the transfer market have proven frustrating, the Blues are nearing a £97.5m deal to sign Romelu Lukaku from Inter Milan, a signing that can transform Chelsea from contenders into champions.

Lukaku has scored 64 goals over the past two seasons for Inter and his arrival will go a long way to ending Chelsea’s wastefulness in attack, a situation that must be resolved if the Blues are to bridge the gap to Manchester City.

It’s been all change at Crystal Palace this summer with Patrick Vieira replacing Roy Hodgson in the dugout, whilst Andros Townsend, Mamadou Sakho, James McCarthy and Patrick van Aanholt headline an exodus of senior professionals.

Vieira’s task will be to overhaul an ageing squad whilst maintaining stability, but Eagles fans will no doubt be concerned at the scale and speed of the rebuild given the Frank De Boer debacle remains fresh in the memory.

The signings so far have been encouraging however with the arrival of Michael Olise an exciting addition, whilst Joachim Andersen impressed last term despite Fulham’s relegation.

Marc Guehi and Conor Gallagher will add youthful exuberance after arriving from Chelsea, but the mass changes could see 2021/22 prove a tricky and transitional season.

Farhad Moshiri’s huge investment at Everton has included several false dawns and the Toffees appear no closer to challenging the established elite following a disappointing 2020/21.

Carlo Ancelotti’s departure for Real Madrid has further seen the club press the reset button, appointing former Liverpool boss Rafael Benitez, who will be under fierce pressure from the get-go given his links across Stanley Park.

The cut-price signings of Andros Townsend and Demarai Gray have done little to improve expectations, with Benitez not handed the funds his predecessors have so woefully wasted in recent campaigns and the Spaniard will need to make the most of his current options.

Dominic Calvert-Lewin enjoyed the best season of his career last term and will hope to improve once again, the forward’s partnership with Richarlison crucial to Everton’s hopes of success.

Benitez has shown before – not least on the opposite side of the Merseyside divide – that he can get teams punching above their weight and the experienced Spaniard will need all his know-how to win over his doubters at Goodison.

Leeds proved a breath of fresh air upon their Premier League return with Marcelo Bielsa’s team both entertaining and endearing, securing a ninth-place finish following a long absence from the top flight.

Leeds’ running statistics demonstrated their endless energy and often frenetic style under Bielsa, who will no doubt be eyeing a push for European football with talents such as Raphinha and Kalvin Phillips amongst his options.

Jack Harrison has signed on a permanent basis and will hope to improve on an impressive 16 goal involvements last term, whilst Junior Firpo is an upgrade at left-back and looks tailor-made for this side.

Despite fears over ‘second season syndrome‘, Leeds – backed by a raucous Elland Road this season – will have their eyes on another top-half finish.

Another brilliant season for Leicester unravelled with final day defeat, agonisingly missing out on Champions League football on the last day for a second successive season.

Brendan Rodgers has worked wonders with the Foxes in recent campaigns and the club’s impressive summer of business points towards further progress, the exciting arrival of the prolific Patson Daka the club’s headline signing.

Winning the FA Cup last term will provide Leicester with confidence that they can continue to compete with England’s elite, but will their near-misses of recent seasons prove costly to their chances of upsetting the established order.

Man City remain the benchmark, whilst Chelsea, Man United and Liverpool will all be back stronger once again this season.

Leicester have retained their best players and strengthened impressively, but reaching the promised land of the Champions League could prove a bridge too far once again.