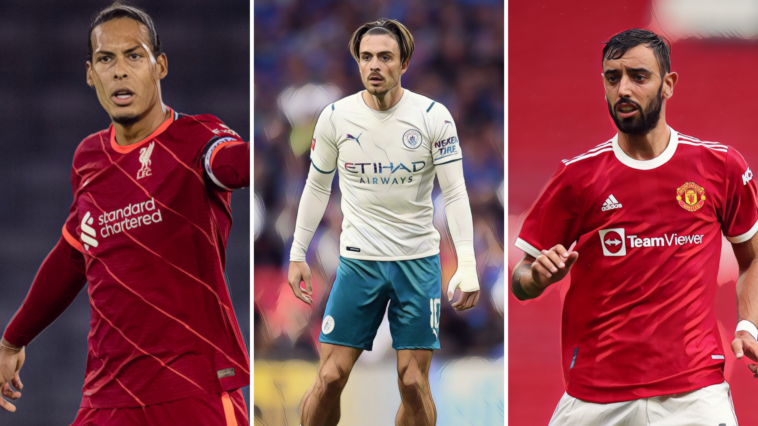 The most watched league in world football is back as the Premier League returns this weekend with the start of the 2021/22 campaign.

A new season brings new hope and expectations right across the division, with Manchester City the defending champions and looking to continue their recent Premier League dominance.

Chelsea, Liverpool and Manchester United will all be looking to improve and challenge Pep Guardiola’s side, whilst Brentford will hope to enjoy their first top-flight venture since 1947 after earning promotion through the Championship play-offs.

Ahead of the season’s kick-off, we preview each of the 20 Premier League sides, with part two including the clubs alphabetically from Liverpool to Wolves.

Liverpool endured a disappointing title defence last term and there remains plenty of questions the Reds need to answer ahead of the 2021/22 campaign.

Was the club’s misfortune down to their wretched run of defensive injuries? Or has Klopp’s side reached the end of their cycle, as the core of the team approach 30?

A strong end-of-season run saw the Reds take 26 points from an available 30 to secure crucial Champions League qualification and with Virgil van Dijk, Joe Gomez and Joel Matip returning from injury – alongside the summer signing of Ibrahima Konate – Liverpool have a strong foundation on which to build again.

Doubts remain over the strength in depth of this Liverpool side – particularly in attack – and with a mid-season Africa Cup of Nations set to prise Mohamed Salah and Sadio Mane away in January, there are concerns that the Reds do not have the firepower to match their title rivals.

Manchester City start as title favourites and in search of a fourth title in just five campaigns, with the club in possession of arguably world football’s best manager and the Premier League’s deepest squad.

Pep Guardiola has bolstered his squad with the record-breaking £100m arrival of Jack Grealish and it remains to be seen how the midfielder adapts as a cog in the City machine after being Aston Villa’s main man.

Perhaps the sole cloud of doubt is the lack of a genuine top-class forward, but City won the title last season largely without a recognised number nine and continue to pursue a deal for Harry Kane.

Should Kane make the move to the Etihad before the closure of the transfer window, it will be difficult to envisage any side stopping Guardiola’s juggernaut.

After third-place and runners-up finishes over the past two seasons, Manchester United will be looking to make that next step this term and end their wait for a Premier League title.

Ole Gunnar Solskjaer has overseen steady if unspectacular progress during his tenure so far, but the marquee arrivals of Jadon Sancho and Raphael Varane should accelerate the development of his side.

The pressure is on following four barren seasons without silverware and a succession of near misses, though the lack of a world-class holding midfielder and elite centre-forward could hinder the Red Devils’ hopes.

Fans have often lamented the conservative double-axis of Scott McTominay and Fred in midfield and the lack of a leading defensive screen could prevent a genuine title challenge.

Steve Bruce continues to polarise opinion at arguably the most frustrating club in the Premier League, with Newcastle fans continually bemoaning the lack of a side they can truly get behind.

The Magpies finished 12th in the division last term, but that placing perhaps masked the relegation concerns – including a run of two wins in 19 games between December and April – that clouded the club until the late stages of the campaign.

The agreement of a fee for Joe Willock is excellent news following the midfielder’s impressive performances on loan last season, but the key for Newcastle remains the fitness of Callum Wilson and Allen Saint-Maximin.

In tandem the duo have the quality and attributes to trouble sides and provide an often uninspiring Newcastle with a sharp focal point, but both missed large sections of last season and their availability could prove the difference between a relegation fight and the relative comfort of mid-table mediocrity.

Norwich are back in the Premier League after winning the Championship last season, sealing an immediate return to the top tier after relegation the previous campaign.

After an initial bright start their fortunes deteriorated in rapid fashion, including losing their final 10 fixtures of the campaign, and Daniel Farke’s task is to stop the Canaries’ yo-yo existence.

That task has been made significantly harder following the sale of Emiliano Buendia to Aston Villa, the midfielder Norwich’s chief creative force and provider of 15 goals and 16 assists last term.

Teemu Pukki will lead the line once again, whilst Farke will hope summer signings Milot Rashica and Billy Gilmour can hit the ground running, the latter a superb acquisition on a season-long loan from Chelsea.

Southampton’s strong start last term saw the club top the Premier League for the first time in their history, though their momentum soon stalled as Ralph Hasenhuttl’s side free-fell down the division.

A nine-game winless run, including a 9-0 thrashing at Manchester United, saw Southampton struggle and their form remained patchy throughout the remainder of the campaign.

Leading scorer Danny Ings has moved to Aston Villa and the pressure will be on Adam Armstrong and Armando Broja to fill that void, whilst Jannick Vestergaard could follow Ings and Ryan Bertrand out the exit door.

With rumours surrounding James Ward-Prowse’s future, the Saints could further be depleted of senior experience and whether their talented youngsters can step up remains to be seen.

Hasenhuttl will need to eradicate the defensive errors that plagued their game last season, with only relegated West Brom conceding more goals.

Tottenham begin a new era under the management of Nuno Espirito Santo this season, but there has been little positivity surrounding the north Londoners as Harry Kane attempts to engineer a move to Manchester City.

Spurs will be confident of pushing for the top four with Kane in their ranks, but his departure would represent a huge blow to their chances of returning to Europe’s elite, even with the riches it would provide to invest.

There’s no doubt that this is a side in transition, but summer arrivals Cristian Romero and Bryan Gil can excite fans if they adapt quickly to the demands of the Premier League.

The remaining weeks of the transfer window will shape the club’s season, but Spurs look too light across the board for a sustained challenge for Champions League football.

Watford bounced back to the Premier League at the first attempt last season, but not before the almost annual change in management at Vicarage Road.

The current incumbent of an often scorching hot-seat is the inexperienced Xisco, who will know only too well of the board’s previous trigger-happy tendencies.

Transfer budget restrictions as a result of financial mismanagement has seen Xisco shop in the bargain basement to add to an already bloated squad so far, securing free transfer arrivals of Premier League veterans Josh King and Danny Rose and loan additions of Peter Etebo and Juraj Kucka.

Imran Louza has arrived for a fee of around £10m, with the France u21 international set to replace the influential Will Hughes in the side, the midfielder currently ostracised with the u23s after failing to sign a new contract.

West Ham performed above all expectations last season to secure Europa League qualification, as David Moyes found a style and system that suited the players at his disposal.

Declan Rice and Tomas Soucek provide an all-action midfield screen to a solid backline, with the effervescent talents of Jarrod Bowen and Pablo Fornals providing support to Michail Antonio in attack.

Alphonse Areola is a shrewd signing on loan from PSG after impressing at Fulham last season, but an inability to strike a deal for loanee Jesse Lingard has been a disappointment.

The added workload of Europa League involvement is likely to have a detrimental impact on the Hammers’ league performance, with Michail Antonio – a player no stranger to knocks and niggles – their only recognised option at centre-forward.

Signings are needed in central defence and at centre-forward if West Ham are to push beyond mid-table mediocrity.

Wolves’ era under Nuno Espirito Santo has come to an end after a disappointing 13th place finish last season, with compatriot Bruno Lage tasked with reinvigorating a Wolves side that secured back-to-back top seven finishes in the previous two campaigns.

The terrible injury sustained by Raul Jimenez was a major blow to their plans last term, but the Mexican has returned to lead the line once again this season.

Wolves’ lost solidity after attempting to change from a counter-attacking style to a more front-footed approach last season, and Lage – a former assistant at Sheffield Wednesday and Swansea – will need to find balance in the side.