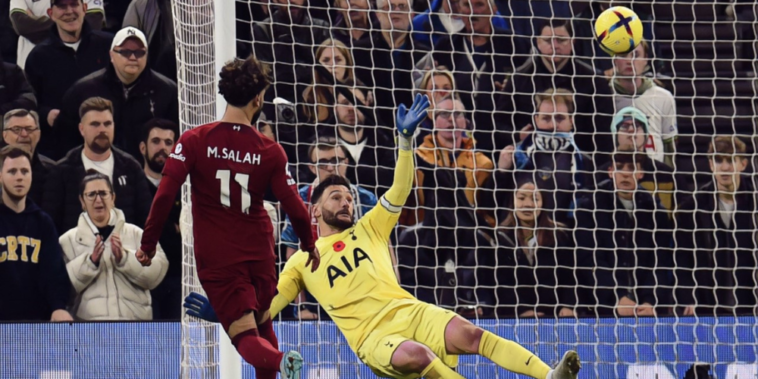 Mohamed Salah scored twice as Liverpool recorded their first away win of the Premier League season, with the Egyptian netting a clinical first-half brace to put the visitors in control at the Tottenham Hotspur Stadium.

Salah rifled in a first after 11 minutes, before his second came following an error from Eric Dier. The defender’s misjudged header back to Hugo Lloris was punished in clinical fashion as the Liverpool forward raced in on goal.

Kane pulled a goal back for Spurs, who pushed hard in the closing stages for an equaliser but came to regret their wastefulness around goal. Ivan Perisic came closest for Antonio Conte’s side, with the Croatian hitting the woodwork on two occasions either side of the break.

Spurs remain in the Champions League places, but drop to fourth following Newcastle’s win at Southampton earlier in the day. Speaking to Sky Sports following the defeat, Kane spoke on his frustration at Spurs’ slow starts in game.

“It has been the story of our season so far – we haven’t played well enough in the first half and got punished,” the England captain said.

“We fought until the end and we knew if we got one back we would have chances to get a second but unfortunately we couldn’t do it and it’s disappointing.

“We need to be better at controlling games and we have to look back at this game but I don’t think it was terrible, we just got punished with two clinical goals.

“In the second half we were the better team so we will not panic but we need to be better for sure.”