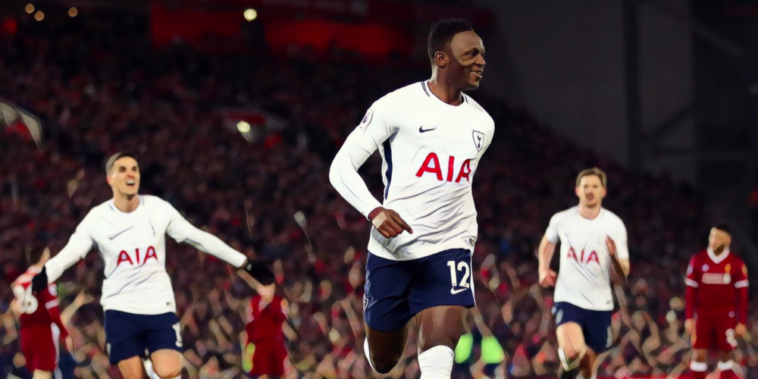 Liverpool meet Tottenham in the Premier League this weekend, a fixture which has produced some classic contests and a whole host of glorious goals.

This weekend’s encounter shapes as a huge fixture for both sides with neither in a position to drop points, as the two teams compete for a top four finish and Champions League qualification.

Ahead of Sunday’s showdown, we’ve looked back at some of the most memorable Premier League goals from games between Liverpool and Tottenham.

Erik Edman spent just one season at Spurs and scored only one Premier League goal for the club, but it’s fair to say it was an absolute belter.

Edman opened the scoring in an entertaining 2-2 draw between the sides in 2004/05, letting fly with an audacious effort that flew beyond an almost motionless Jerzy Dudek.

There appeared little danger as the left-back wound up from distance, but one thumping thunderbastard later and the travelling north Londoners were in fine voice at Anfield.

The ambition and execution were pretty much perfect as Edman sent a heat-seeking missile into the top corner.

From one rocket-booted left-back to another, John Arne Riise compiled quite the collection of spectacular strikes during his seven seasons at Anfield.

The Norwegian became a popular figure during his time on Merseyside with his relentless running and thunderous shooting making for a potent combination down the Liverpool left.

Riise put the finishing touches on a 3-0 win over Spurs in September 2006, as he powered into the opposition half before unleashing a trademark howitzer beyond the despairing dive of Paul Robinson.

When John Arne Riise hit them, they stayed hit 💥

Luka Modric’s arrival at Tottenham was a major factor in the north London side’s quest to break into the Premier League’s top four, with the Croatia international cementing his status as one of the league’s best across four seasons in the capital.

Modric’s final season with Spurs saw the midfielder score this stunning first-time effort against Liverpool, a wonder goal to open the scoring and set Harry Redknapp’s team on their way to an emphatic 4-0 win at White Hart Lane.

It was the sort of goal and performance that attracted interest from Europe’s elite, as Real Madrid struck a £30m deal to sign the star at the end of the season.

Modric has since won three La Liga titles and four Champions League trophies with Real Madrid, whilst he became a Ballon d’Or winner after being crowned world football’s finest in 2018.

Liverpool and Tottenham produced a Premier League classic during their 2018 meeting at Anfield, a fixture which saw three goals and a missed penalty inside the final ten minutes of an enthralling encounter.

Liverpool had taken a third minute lead through Mohamed Salah and looked to be edging towards a narrow win, before the clash sparked into life in the closing stages.

Victor Wanyama lashed a punched clearance from goalkeeper Loris Karius back into the top corner to spark a chaotic conclusion to the contest, with further goals from Salah (more to come on that later) and a 95th minute penalty from Harry Kane seeing the game finish with the points shared.

Mohamed Salah must have thought he had won that aforementioned clash between the sides, having scored this stunning solo goal in stoppage-time to put Liverpool ahead.

Salah weaved and danced his way through a succession of Spurs defenders inside the area, before prodding he ball past Hugo Lloris to spark wild celebrations.

It was a goal worthy of winning the game, but a late, late penalty from Harry Kane – who had missed another spot-kick just seven minutes earlier – rescued a point for Spurs at Anfield.