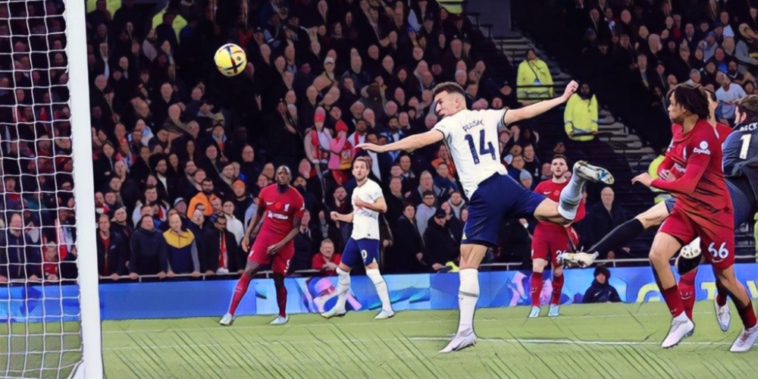 Antonio Conte insists he was pleased with the performance from his Tottenham side despite a 2-1 defeat to Liverpool.

Mohamed Salah scored both goals as Spurs lost at home for the second successive Premier League fixture, with the Egyptian’s first-half brace earning Liverpool a first win on the road this season.

Salah’s first came with a sharp touch and finish inside the area, before the 30-year-old was gifted a second as Eric Dier misjudged his header back to the goalkeeper to send Salah one-on-one with Hugo Lloris.

Spurs came out early for the second half and were improved after the break, with the north Londoners on top for much of the second period. Harry Kane pulled a goal back for Spurs, but the hosts were unable to find a second despite twice hitting the woodwork.

Conte believes his side deserved more from the clash and insists the club’s level of performance was pleasing despite defeat.

“It is difficult to explain the defeat tonight, we deserved much more but also after the first half in the dressing room I was happy with the desire and what we did,” he told Sky Sports.

“We put a lot of pressure on Liverpool and were 2-0 down but we didn’t know why. In the second half we played really well. Their goalkeeper made good saves and we hit the post and the crossbar. I think the result is unfair.

“It is difficult to explain this type of game. For sure the performance was good. We are managing a situation with many, many injuries and we need to find new solutions.

“This type of performance against a team like Liverpool gives me satisfaction as it shows the hard work works.”