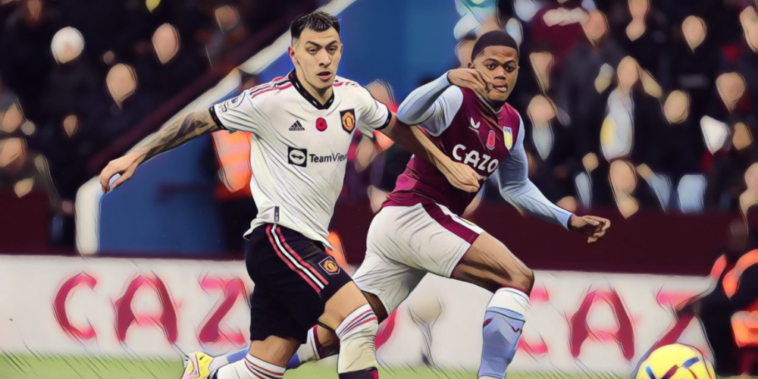 United’s nine game unbeaten run came to an end in emphatic fashion as Aston Villa began Unai Emery’s tenure with an impressive victory at Villa Park. Ten Hag’s team were two goals down inside the opening 11 minutes, with Leon Bailey opening the scoring after bursting away from Lisandro Martinez.

Lucas Digne’s brilliant free-kick doubled the lead just minutes later as United struggled to cope with Villa’s early pressure, but the Red Devils pulled one back before the break as Luke Shaw’s effort deflected off Jacob Ramsey.

Ramsey slammed home a third goal for the home side in the second period however, condemning United to a first defeat since October’s loss at Manchester City.

Ten Hag was disappointed with a flat performance from his side as United lost a Premier League fixture at Villa Park for the first time since 1995. Speaking to Sky Sports following the defeat, the Dutchman admitted that his side’s levels were unacceptable.

“It’s not acceptable that you concede a goal so quickly in the second half on the counter. Our players are experienced. You have to read the game and get right the organisation. Not concede two goals [early in the game] – that’s totally unnecessary.

“You have to win your battles. At the start of the game we could have been better on ball. It starts with the players following the rules.

“It looked like they [Aston Villa] were fresher. That’s not acceptable. Players have to take responsibility and be ready.”

Read – Five who played for both: Man United and Aston Villa