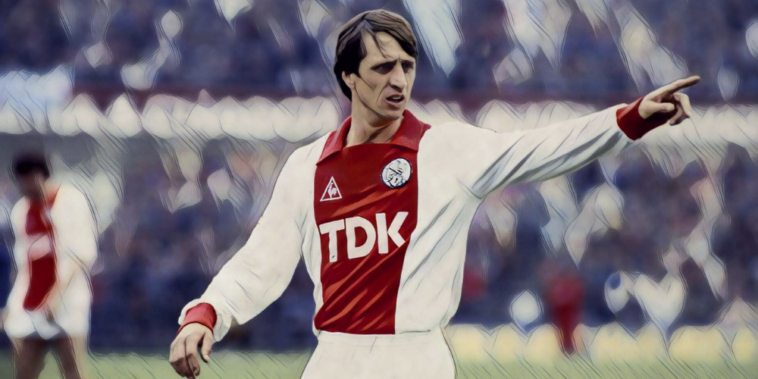 Ajax’s reputation as one of the most respected clubs in world football is built largely around their success of the 1970s, winning three consecutive European Cups as ‘Total Football’ dominated the continent.

Amongst the greatest teams of all-time, Rinus Michels’ pioneering play was orchestrated by the magnificent Johan Cruyff, the finest Dutch footballer of all time and one of the sport’s most legendary figures.

Cruyff was the poster boy of Ajax’s innovative play and a sensational footballing talent, elegant and expressive, graceful and gifted. He won eight league titles alongside those European triumphs across two spells with the Eredivisie side, twice winning the Ballon d’Or in Ajax colours.

There appeared little the technical talents of Cruyff could not do with the ball at his feet, whilst his incredible and innovative footballing mind ensured he always remained a step ahead of opposition sides.

Cruyff’s impact means there is a strong argument that no individual has ever left a greater impression on the global game, an icon both as a player and manager whose best performances came with Ajax.