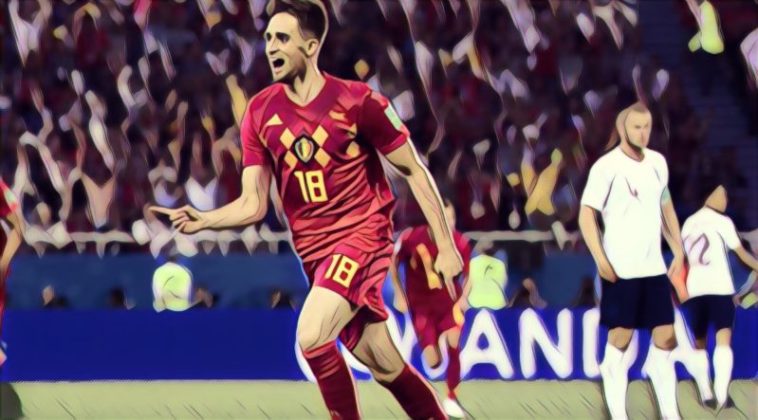 Belgium winger Adnan Januzaj has admitted that he was happy to silence some of his critics by scoring a superb winning goal against England last night during his sides 1-0 victory over Gareth Southgate’s men.

The 23-year-old attacker burst onto the scene at Manchester United as an 18-year-old after scoring an excellent brace against Sunderland in 2013. He soon signed a big money five year deal at Old Trafford and was tipped to be the next big thing.

Ironically, so highly rated was Januzaj when he made his breakthrough at United that the FA even tried to convince him to play for England.

However, he failed to ever really kick on from that promising first season, and was sold to Real Sociedad last summer, although Jose Mourinho was adamant that a buy out clause be inserted in his contract to avoid another Paul Pogba situation.

Despite this being the youngsters’ second World Cup, last nights winner was actually his first goal for his Country, and he revealed that he was happy to have got one over of those in England who have criticised him in the past:

“Obviously my job was to show the people, in the past in England, I had a lot of criticism,” Januzaj said.

“I wanted to show those people that I’m here. I’m very happy with that. I’m very pleased to score a great goal against a good opponent.

“I’ve put in a lot of work. This year I’ve been playing in a team at Real Sociedad who have made me grow as a player. At 23, the most important thing is to play games and keep progressing. I’m very pleased to be going that way.”

“I hope now to keep going,” he added.

“My first goal, there is no greater feeling. I was very pleased with that, and hopefully there’ll be more to come in the future.”