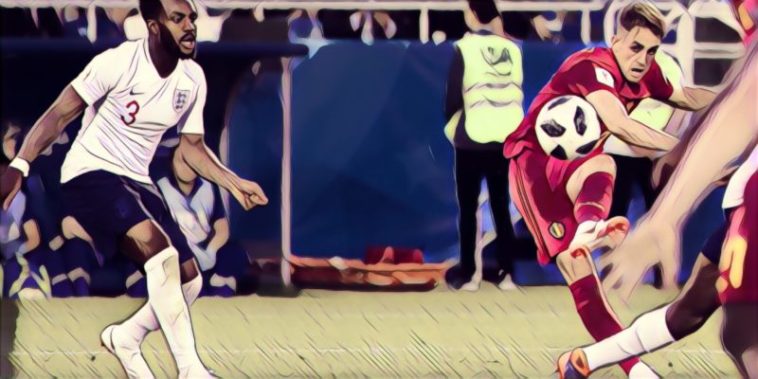 England slipped to a 1-0 defeat to Belgium last night in their final Group game of the World Cup in Russia, with goalkeeper Jordan Pickford and left-back Danny Rose coming in for some heavy criticism for their role in Adnan Januzaj’s winning goal.

Januzaj, formerly of Manchester United, jinked past Three Lions full back Danny Rose inside the box before curling an excellent strike into the top corner in the 51st minute to hand Roberto Martinez’s men victory.

However, former England full backs Gary Neville and Lee Dixon were quick to point out errors made by both Rose and Pickford that allowed the goal to be scored:

“His feet are up in the air. His feet are off the ground when he’s jumping. He goes with his wrong hand. It’s just a bit weird, the whole dive thing after. But Danny Rose has got to show him down the line.”

Former Arsenal defender Lee Dixon was also not overly impressed by Pickford’s attempt to stop Januzaj’s shot: “I’m not a goalkeeping coach or anything, but I think when the ball is struck, he’s got to go with his other hand.

“I texted my friend of mine who is a goalkeeping coach and he said he should have gone with his right hand.”

England will face Colombia in the last 16 of the World Cup next Tuesday in the Spartak Stadium in Moscow.