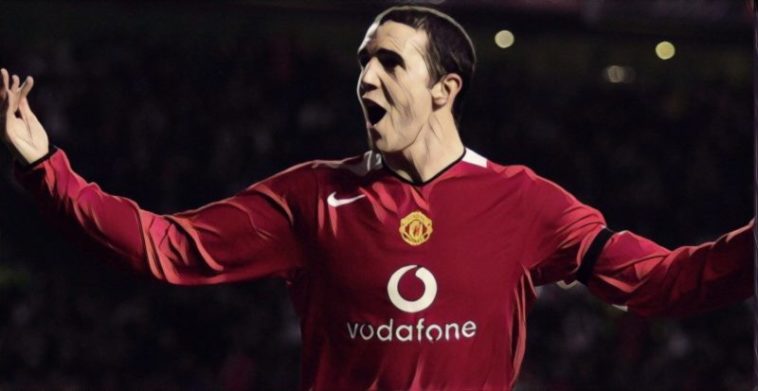 Even in an era when more substitutes are allowed than ever before, the value of the fabled utility-man can not be underestimated in Premier League squads.

The Swiss Army Knife of any squad, the utility-man may be a dying breed but it is a player who should long be celebrated, with several great teams having had a non-specialist specialist amongst their ranks.

Each capable of performing comfortably in a variety of roles across the pitch, we’ve decided to look back at some of the very best ‘jack of all trades’ to ply their trade in English football.

Here are five of the best utility-men in Premier League history:

If the utility-man has been fazed out of football somewhat in recent years, then the sub-catergory of player – often referred to as a swingman in other leading sports – seems like a role from a bygone era.

Fitting perfectly into this role was former Coventry and Aston Villa star Dion Dublin, a formidable physical presence who remarkably starred as both a central forward and at centre-back.

Dublin spent the majority of his career leading the line, memorably winning the Premier League’s Golden Boot during the 1997/98 season, although he regularly featured in a defensive role and thrived – especially due to his aerial prowess.

Such was Dublin’s capability at centre-back, the four-cap England international once claimed he received the utmost praise from a former Premier League teenage sensation, a certain Wayne Rooney naming Dublin as the best centre-back he had played against.

The centre-back/centre-forward role was not unique to just Dublin either, the likes of Chris Sutton and Gary Doherty amongst those to have tried their hand and impressed at the vastly contrasting positions.

Steven Caulker – and his brief role as Jurgen Klopp’s last roll of the dice at Liverpool – is perhaps a more forgettable example.

The Premier League player’s name perhaps most synonymous with the tag of utility-man, O’Shea established himself as a key component of a Manchester United squad that won five Premier League titles based largely on his ability to play, well, pretty much anywhere.

The Irishman was a fine defender capable of playing across the back four, whilst he also deputised in midfield on occasion. Such was his ability to try his hand at any position, however, O’Shea memorably went in goal following an injury to Edwin van der Sar against Tottenham in 2007, earning chants of ‘Ireland’s number one’ after making a save from compatriot Robbie Keane on his way to keeping a clean sheet.

Far from fashionable but an ever-reliable presence, O’Shea’s versatility saw him make 393 appearances in all competitions for the Red Devils, amongst the highest of any player in the Sir Alex Ferguson era.

Perhaps the unlikeliest of Old Trafford cult heroes, he later enjoyed a lengthy spell at Sunderland in addition to winning over a century of caps for Ireland.

You love to see it! Five times outfield players ended up in Goal

The Cameroon international played for some of the world’s biggest clubs during a memorable career, winning the Champions League and featuring alongside the Galacticos at Real Madrid before becoming the first signing of the Roman Abramovich era at Chelsea.

Geremi was a combative player with fine technique and proved a vital member of Chelsea’s first title-winning squads, winning back-to-back titles under Jose Mourinho after previously impressing during a season-long loan at Middlesbrough.

Whilst never a regular, he was always willing to give his utmost in any role required and Geremi’s ability to feature at right-back, right-wing and centrally made him a firm favourite of ‘The Special One’.

The midfielder spent four seasons at Stamford Bridge before later moving on to Newcastle, though his return to the North East of England proved less successful as he was unable to stop the Magpies being relegated to the Championship.

Five of the best African players in Premier League history

Ashley Young may never be a name lauded in footballing circles but having spent almost a decade at Manchester United and played almost every position on the pitch, he is more than deserving of his place in this celebratory list of the Premier League’s greatest utility-men.

Young emerged as an exciting winger at Watford, before his reputation continued to burgeon following a move to Aston Villa. Named as the PFA Young Player of the Year during his time at Villa Park, he thrived in a variety of roles across the forward line for Martin O’Neill’s side, featuring on either flank and even as a centre-forward on occasion.

Another big-money move followed as he headed to Manchester, where his latter years saw him drop into a more defensive role. Often tasked with playing full-back, Young’s versatility and competitive edge saw him become an important component of the Red Devils squad, despite a period of transition post-Sir Alex Ferguson.

Young’s transformation from inconsistent winger to ever dependable utility man saw him recalled to the England squad for the first time in several years ahead of the 2018 World Cup, where he featured regularly at left-back as the Three Lions progressed to the semi-finals.

Whilst United were also keen to maintain the services of the veteran before he took his multi-faceted talents to Italian football and Inter Milan earlier this year.

James Milner has been labelled plenty of things throughout the course of his career, whether it be one dimensional, an unsung hero or even the misguided ‘boring’ tag which he has since owned.

He is, however, probably the greatest utility player in the history of the Premier League.

It is difficult to think of a Milner display that has ever fallen short of a seven-out-of-10 showing, whether that be from a position on either wing, central midfield or his more recent resurgence as an auxiliary left-back at Liverpool.

James Milner is one of only five players to break running a 13km threshold in a game this season. 🏃🏻‍♂️

Granted, his best performances have often come in the midfield role which saw him named as the PFA Young Player of the Year, but the ultra-professional Yorkshireman has never allowed his standards to drop – or complained – when utilised for the good of the team.

A teenage sensation at Leeds before promising stints at Newcastle and Aston Villa, Milner later won two Premier League titles at Manchester City before his opting to leave in search of greater opportunities.

James Milner has scored at least one goal in every professional season he has played football:

Signed on a Bosman by Liverpool following the departure of Steven Gerrard, he has since established himself as a key component of Jurgen Klopp’s winning-machine, his indefatigable style and full-blooded commitment having been utilised in a variety of roles.

Hailed as ‘exceptional’ and ‘unique’ by the German, the all-action Milner continues to thrive on Merseyside as he prepares to enter the top five appearance makers in the history of the division.