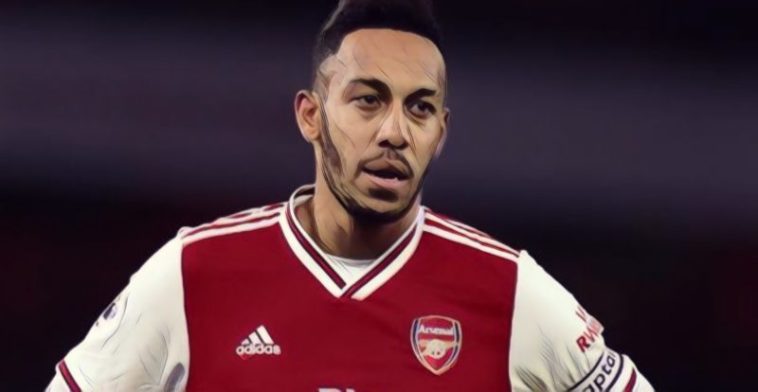 Mikel Arteta is ‘desperate’ to convince Pierre-Emerick Aubameyang into remaining with Arsenal as speculation continues to surround the future of the forward.

Aubameyang will have just a year remaining on his contract at the end of this month, and talks over an extension have been delayed amid the coronavirus pandemic, with the Gunners facing the prospect of selling their club captain in the transfer window should a new deal not be agreed.

Barcelona, Chelsea and Inter Milan are among the clubs to have been linked with a move for the Gabon international, though the Telegraph are reporting that Arteta is ‘desperate’ to keep the club’s leading scorer at the Emirates and is ‘preparing to take matters into his own hands ‘ to convince Aubameyang into signing a new deal.

The Spaniard is preparing to initiate talks with Aubameyang and his father, with the Arsenal boss reportedly keen to build ‘a young and vibrant team’ around a player who has established himself as one of the finest forwards in English football.

The report adds that Arteta will try to convince Aubameyang that the Gunners can ‘once again finish in the top four and compete for trophies’ – a challenge made harder by the clubs current ninth placed position in the table and early exit from the Europa League – with the striker ‘desperate to play in the Champions League again’.

Aubameyang finished as the joint leading scorer in the Premier League last season alongside Liverpool’s Mohamed Salah and Sadio Mane, and has scored 61 goals in just 97 appearances in all competitions since arriving from Borussia Dortmund.