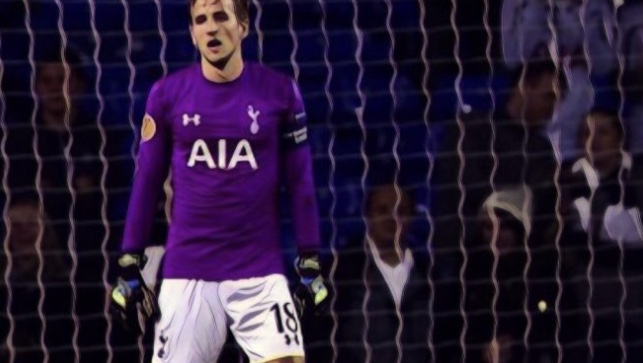 There are a few rare scenarios in football games that always get any fan excited. None more so then when an outfield player has to go in goal.

Once the player changes his shirt and gets the gloves on, nobody can really take their eyes off him. Each time the ball goes near the goal the crowd rises in anticipation and each, even minor touch is greeted with ironic cheers.

Its great fun really, and after Kyle Walker’s cameo between the sticks for Man City against Atalanta, we thought we’d take a look back at five of the best times an outfielder ended up in nets…

When it comes to outfield players going in goal there are few who performed the task better than Big Niall. What a day this was for the Irishman; he started the game by notching up his 2oth goal of the season with a peach of a left-footed volley.

Then when City keeper Tony Cotton was shown a red card, Quinn stepped in between the sticks to face the resulting penalty kick. Quinn dived right and pulled off a cracking save from Dean Saunders’ strike, one that any full-time keeper would have been proud of.

We’re sure big Niall isn’t shy about reminding Saunders about this famous moment every time they are sat in the Sky Sports pundits chairs together covering international games. (Quinn save is at 3.30 mark in video)

Spurs were cruising against Greek minnows Asteras Tripoli in this Europa League game. A Kane hat trick and Erik Lamela double saw Mauricio Pochetinno’s men fly into a 5-0 lead. In the 87th minute, however, things got interesting when Hugo Lloris was shown a red card.

Kane, always one for trying to help the team, immediately volunteered to cover in between the sticks. I think it’s safe to say he won’t be doing that again, his first piece of action in goal was to face an Asteras free-kick from the edge of the box.

The Asteras player didn’t connect cleanly at all and the ball went straight to Kane, unfortunately, Mr. Spurs somehow managed to drop the ball and fumble it over the line. A classic hero-to-zero moment.

Manchester United were on their way to a comfortable 4-0 victory over Spurs at White Hart Lane when Edwin Van Der Saar broke his nose and was forced to leave the field of play. United, having used all three of their subs, were left with no option but to get an outfielder to go in goal.

Rio Ferdinand wanted the job but was overruled from the sidelines and Mr.Versatile, John O’Shea, put the gloves on and in nets he went. Things were going well for O’Shea until Ferdinand, maybe a bit annoyed that he didn’t get a chance in goal, played a woeful back pass towards O’Shea that seemed to be going into the path of Spurs’ striker Robbie Keane.

Luckily John-boy was tuned in and came racing off his line to stop Keane scoring. Rio wouldn’t have to wait too long though…

Rio finally got his chance to prove his worth in goal during United’s FA Cup Quarter Final clash with Portsmouth. United had to replace first choice keeper Van Der Saar at half time, and his replacement Tomasz Kuszczak was shown a red card for upending Milan Baros with 12 minutes to go.

Ferdinand’s first job was to face the resulting penalty, but unfortunately, Sulley Muntari made no mistake and finished powerfully into the bottom corner. The score remained 1-0 and United crashed out of the FA Cup, but at least Rio got to tick being a goalkeeper off his to-do list.

This game will always be remembered for the horrific head injury that Petr Cech suffered after just 20 seconds. That’s why he always wore a scrum cap for any of our younger readers. Ironically, Cechs replacement that day, Claudio Cudicini, also had to be stretchered off late in the game with another serious head injury.

Who else stepped up but Chelsea‘s captain, leader, legend John Terry to take over the goalkeeping duties. He saw out the last few minutes with a minimum of fuss and sadly for all us fans, had very little to do except a few routine kick-outs.