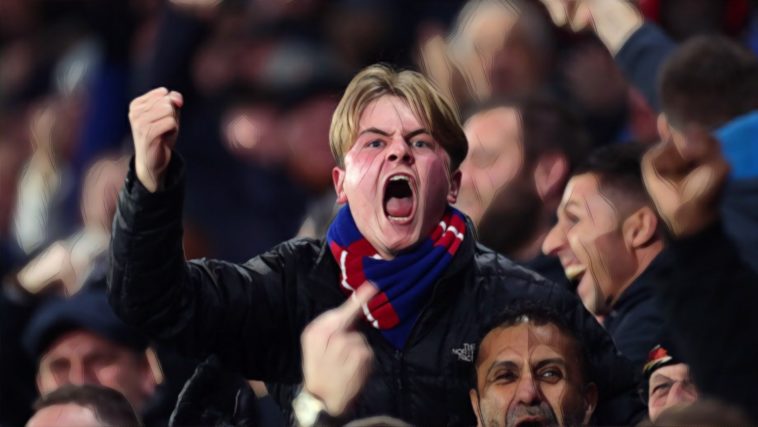 Even just a few weeks ago it seemed outlandish that the major football leagues in Europe could return to action anytime soon.

The UK has been one of the nations worst hit by the coronavirus pandemic, Spain was similarly wracked by it, while Italy was the epicentre of it in Europe.

As leagues were suspended and experts were thrust into action to find a solution to the crisis, the current domestic season was cancelled in France, Netherlands and Scotland, Euro 2020 and 2021 were both pushed back a year, and League Two was officially ended with League One likely to follow suit.

It was beginning to look like football might not even return this calendar year, which would throw next season into disarray on top of the current one. But there were two main factors driving the football authorities in England, Italy and Spain to get the show back up and running in spite of the health risks.

Firstly, the television money from deals struck with broadcasters. Such deals have made the top leagues in Europe very lucrative, but it has also put them in a precarious position as the broadcasters are seeking a rebate for not receiving the product they were originally promised.

It was originally reported that the 20 Premier League clubs would have to stump up £750m, and although that figure has since been whittled down to £330m, some clubs are arguing they shouldn’t pay back any of the money they have already received.

Secondly, the return of the Bundesliga gave hope and a path forward for their return. The German top flight showed that with careful planning, rigorous testing and implementing social distancing at every match, it is possible for professional football to return, albeit in empty stadia.

After three weeks of Bundesliga action going off without a hitch, the Premier League, Serie A and La Liga each announced their plans to return in the month of June, with the EFL Championship following suit. With so much football slated to be played in such a condensed amount of time, when will the football return and how will the schedule in each individual league take shape?

What are the key dates, television channels and fixture schedule for the return of the Premier League, EFL Championship, Serie A and La Liga?

Unsurprisingly the Premier League is set to run the games in hand firstly, meaning Manchester City vs Arsenal and Aston Villa vs Sheffield United will be the first two matches back on 17 June. The rest of the fixtures will run from 20 June.

All 92 games are set to be televised, meaning a whole set of time slots will be created to accommodate the broadcasts. The TV schedule is expected to look something like this:

This guy's reaction to the Premier League restart schedule is gold 😂 pic.twitter.com/xPvKiskVWi

Four of the matches will be free-to-air, with the Merseyside Derby being touted for a potential airing on BBC. It will be the first time in almost thirty years that a top-flight match will be shown on the public broadcaster. Amazon Prime will also make their four extra games available free-to-air, while Sky will make 25 matches available on their ‘Pick’ channel. That means 33 Premier League games can be watched without needing a subscription.

There will be an additional three midweek rounds on 23-25 June, 7-9 July and 14-16 July, with the Premier League aiming to have the final weekend of the season on 25-26 July, although it should be stressed that the fixture list is still being negotiated and nothing is as yet finalised.

It is expected that the FA Cup will run alongside rather than before or after the league competition, with the quarter-finals being played in late June, the semi-finals on 11-12 July, and the final on 1 August. With all eight teams remaining from the Premier League, it has the potential to cause a major fixture headache.

Premier League clubs permitted to play friendlies ahead of restart

Although QPR have expressed that they are “vehemently opposed” to the Championship’s proposed restart, it looks as if the English second tier is set to return on 20 June – the same day as the Premier League.

That is only a provisional date, however, and the EFL will have to squeeze in even more matches than the top flight, with 108 games still to be played.

The play-off final is expected to be held on or around 30 July, meaning there will be midweek matches pretty much every week until the end of the campaign. EFL Chairman Rick Parry is hoping to have every game shown live on Sky Sports, iFollow or a club’s equivalent streaming service.

Once again 20 June is the magic date for a return to action, with Torino vs Parma slated to be the first Serie A match back. Needing to play 124 games in 44 days, Serie A will run a new matchday every three days until 2 August.

Due to the oppressive heat of Italian summers, the games will be played in the evening, with the time slots set to be 5.15pm, 7.30pm and 9.45pm.

Inter Milan fall into the Venn diagram of both categories, meaning they could have to play three matches in the space of a week when they return having not played any football in four months.

On 25 May Spanish Prime Minister Pedro Sanchez announced that La Liga could return from 8 June, paving the way for Spanish football to plan their restart.

La Liga are hoping to complete 11 matchdays of Primera Division action in five weeks, starting with Seville Derby on 11 June. Sevilla and Real Betis will face each other behind closed doors at 9pm GMT next Thursday, with matches penned in for every day thereafter up until the 18th.

The time slots for weekend games are 4pm, 6.30pm and 9pm GMT, with the earliest kick-off time reserved for games played in the cooler climes of Spain’s north. A time slot of 12 noon will be used when weather conditions are favourable, while midweek matches will be played at 6.30pm and 9pm.

The final round of La Liga games is due to take place on 19 July.