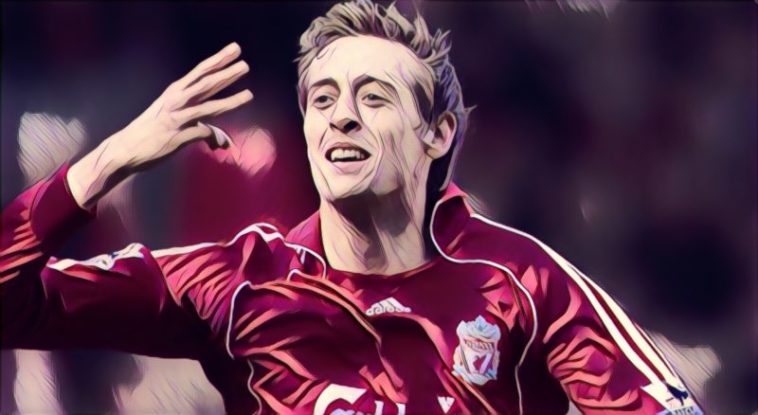 Scoring a Premier League hat-trick of any type is certainly worth celebration, but there remains a mystique around the art of the fabled perfect treble.

Throughout the division’s history there have only been 31 players to have achieved the perfect hat-trick of left foot, right foot and header, and we’ve decided to look back and revisit some of the very best.

Here are five of the best perfect hat-tricks in Premier League history:

The late nineties and early noughties saw Jimmy Floyd Hasselbaink establish himself as one of the Premier League’s leading lights, winning two Golden Boot awards during prolific spells at Leeds and Chelsea.

It was during the Netherlands international’s four-year spell with the latter that he features in this list of perfect hat-trick scorers, following a brilliant treble in a 4-0 thrashing of London rivals Tottenham at Stamford Bridge.

Hasselbaink opened the scoring in stunning style on his favoured right foot with a driving run forward and curling finish from distance, before doubling the Blues’ advantage with a thumping header from Jesper Gronkjaer’s cross.

The Dutchman – full of confidence following his earlier two-goal salvo – capped his hat-trick in spectacular fashion late on, beating two Tottenham challenges near the touchline before cutting in and curling home a left-footed effort from distance.

1985 – The year of Our Lord and the Dalymount Crush

‘Crouchy’ was a popular figure at a succession of Premier League clubs throughout his career and after an initial difficult start, the towering forward played some of his best football in the red colours of Liverpool.

The former England international enjoyed one of his sweetest afternoons on Merseyside during a clash against top four rivals Arsenal in March 2007, scoring a perfect hat-trick in an emphatic 4-1 victory for Rafael Benitez’s side at Anfield.

His first came from close range as he turned in a low cross from Alvaro Arbeloa at the near post, before a classic Crouch goal as he rose highest to head home a perfect delivery from full-back Fabio Aurelio.

One of just eight players to score a hat-trick on the opening day of a Premier League season, Aston Villa’s Gabriel Agbonlahor is the only player to have achieved the feat in perfect fashion.

Agbonlahor’s perfect treble came during a thoroughly entertaining 4-2 victory over Manchester City in 2008, Villa blowing away a City side who would be forever changed by Sheikh Mansour’s takeover just weeks later.

The forward’s goals all came in a rapid-fire seven-minute spell at Villa Park, firstly turning in John Carew’s headed knockdown with his right foot, before meeting a Gareth Barry cross to head home and double his tally.

The Birmingham-native made it an afternoon to saviour after racing through to score his hat-trick, holding off a challenge from Micah Richards to score Villa’s fourth of the afternoon and seal victory.

Not a bad way to start the season 🎩

Gabriel Agbonlahor bags a hat-trick as @astonvilla fire four past Man City on the opening day in 2008#PLMoment pic.twitter.com/QmGRku83gv

Sir Alex Ferguson’s final game in charge of Manchester United proved to be an unlikely classic at The Hawthorns, the Red Devils and West Brom exchanging ten goals in a breathless final day draw.

United looked to be cruising to victory in the Midlands after twice possessing a three-goal advantage, only for the resilient hosts to respond with a prolific loanee at the heart of their comeback.

A teenage Romelu Lukaku had enjoyed a fine campaign after joining on a season-long loan deal from Chelsea, and the Belgian would sign off at the club with a brilliant perfect hat-trick to deny Fergie a final victory.

Lukaku’s first came with a perfectly passed finish into the corner with his weaker right foot, before demonstrating the pace and power he would become renowned for to race through and net a second.

The forward then completed an incredible comeback by bundling the ball home with his head from close range, West Brom scoring three times in the final nine minutes to stun the recently crowned champions.

The most recent inclusion on this list, Christian Pulisic announced his arrival in English football with a clinical perfect hat-trick in Chelsea’s win at Burnley in October 2019.

The US international had endured a slow start to life at Stamford Bridge following his highly-anticipated arrival from Borussia Dortmund, but opened his account for the club in some style during an entertaining 4-2 win at Turf Moor.

His first came via his left after capitalising on a mistake from Matt Lowton, robbing the defender of possession before driving into the Clarets half to fire home, a clever step-over taking him away from the challenge of James Tarkowski.

Pulisic added a second with another surge into enemy territory soon after, his low right-footed effort deflecting off Ben Mee to wrong foot Nick Pope in the Burnley goal.

A perfect evening and perfect hat-trick was completed in the second half, Pulisic heading home Mason Mount’s cross to score his first ever Premier League treble.

Read: Down to the wire: The eight times the Premier League title was decided on the final day

See Also: Picking the best XI from players to have won the Ballon d’Or