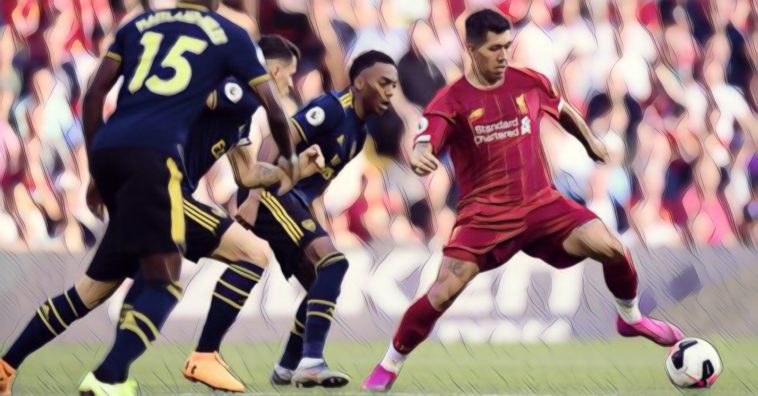 Arsenal will be looking to bounce back from their north London derby disappointment when they face Liverpool in mid-week, as Mikel Arteta tests his side’s developing credentials against the newly-crowned champions.

Here is all you need to know about Wednesday’s clash at the Emirates:

Arsenal‘s late defeat at north London rivals Tottenham ended a run of five games without defeat of Arteta’s side, ending a recent run of momentum as the Gunners looked to make a late surge for European football.

The Gunners currently sit ninth in the division and sit five points adrift of sixth-placed Wolves with just three games remaining, with the club’s best hopes of success this season coming in the FA Cup, though they face holders Manchester City in the semi-final next weekend.

With that clash in mind, Arteta could opt rotate his side here with just three days separating the two fixtures, whilst the Spaniard will also have to continue coping with a lengthy injury list including Bernd Leno, Pablo Mari and Gabriel Martinelli.

Arsenal have opted for a 3-4-3 formation in recent weeks and it remains to be seen whether Arteta maintains that formation against Liverpool’s potent three-man forward line.

Last weekend’s draw with Burnley ended Liverpool‘s flawless home record this season and leaves work to be done if the Reds are to seal a record-breaking season, the champions needing to win all three of their remaining fixtures to eclipse Manchester City’s fabled landmark of 100 Premier League points.

Jurgen Klopp has opted to rotate his side in recent weeks and handed starting opportunities to teenagers Neco Williams and Curtis Jones on Saturday, though is likely to return to full strength ahead of the trip to the Emirates.

Jordan Henderson and Joel Matip are out for the rest of the season with knee and foot problems respectively, whilst James Milner and Dejan Lovren are both major doubts.

Alex Oxlade-Chamberlain will be hoping to start against his former side, whilst Naby Keita and Trent Alexander-Arnold are expected to return to the starting side after being named amongst the substitutes against Burnley.

Liverpool emerged victorious following a thrilling contest in the last-16 of the Carabao Cup back in October, as two heavily-rotated sides exchanged 10 goals in a pulsating clash under the Anfield lights.

Shkodran Mustafi’s own goal put the hosts in front, before Arsenal took control of the tie courtesy of Lucas Torreira’s goal and a brace from teenager Gabriel Martinelli.

James Milner’s penalty pulled one back for Jurgen Klopp’s side before half-time, only for Ainsley Maitland-Niles’ effort – following a sublime assist from Mesut Ozil – to restore Arsenal’s two-goal advantage in the second half.

There proved to be one final dramatic twist as Origi’s 94th minute equaliser forced penalties, teenager Curtis Jones scoring the decisive spot-kick for Liverpool following a nerve-jangling shoot-out that finished 10-9.

UK and Irish fans can watch the game on Sky Sports Main Event, whilst US supporters can view the fixture on NBC Sports Gold.

Read – Jack Charlton wasn’t just a football man, but a cultural touchstone for an entire nation