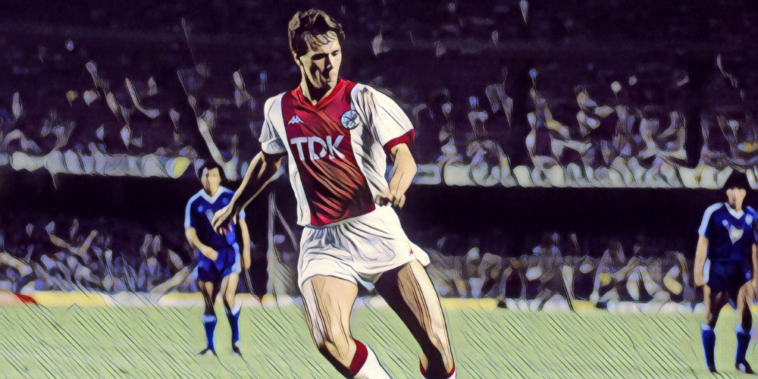 Marco van Basten was one of the world’s finest footballers at his glorious peak, the elegant goalscoring spearhead of Ajax, AC Milan and the Dutch national side.

Van Basten was as complete a centre-forward as football can remember, capable of spectacular goals off either foot and a forward who put the glorious finishing touches to some sensational passages of play for both club and country.

Like many of the greats of Dutch football, he came through the renown academy system of Ajax, breaking into the senior side as a teenager and leaving an unforgettable legacy after winning three league titles and scoring 154 goals in just 174 appearances.

Van Basten’s outstanding peak came in the colours of Milan as he helped the Italian side conquer Europe, winning four league titles, three Champions League winners’ medals and being named as European Footballer of the Year three times with a hat-trick of Ballon d’Or accolades.

His stunning goal in the final of the 1988 European Championship remains the defining image of a career of incredible success, one that was sadly cut short by injury at the age of just 28.

Who knows what Van Basten could have achieved with even greater longevity, one of the most instinctive goalscorers of all-time and a player who evokes all forms of nostalgia.

We’ve decided to revisit where it all started for a goalscoring great, here are some of Marco van Basten’s best goals for Ajax.