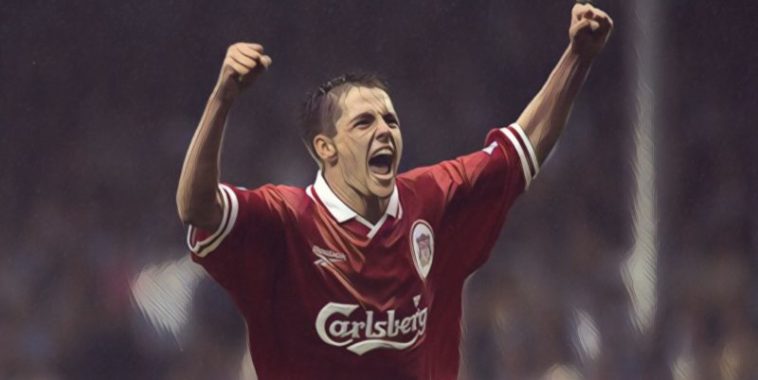 The Premier League era has seen its fair share of ‘boy wonders’ and precociously talented teenagers, with Manchester United’s Mason Greenwood continuing his exciting emergence with three goals in the first three games of the season.

Greenwood has enjoyed a rapid rise since coming through the Red Devils’ academy ranks, equalling the record for most goals scored by a Manchester United teenager during his breakthrough 2019/20 season.

Following the 19-year-old’s latest league goal, we’ve decided to look at the most prolific teenage talents the Premier League has seen.

Jeffers career promised so much in its infancy but ultimately delivered little, after making his debut as a 16-year-old for Everton and producing a series of promising performances for the Merseyside club.

The forward scored six league goals during a breakthrough season in 1998/1999, before adding a further 11 Premier League goals before his 20th birthday despite suffering a frustrating period with ankle and shoulder injuries.

Having rejected a new contract at Goodison Park, the ‘fox in the box’ later headed to Arsenal in an £8m deal but struggled for both form and fitness, scoring just four league goals and failing to reignite his career amid several loan spells.

Jeffers later enjoyed a nomadic career of unfulfilled potential, though he did manage to score on his sole appearance for England – netting in a defeat to Australia at Upton Park that was most notable for the international debut of Wayne Rooney.

Jeffers also jointly-held the record with Alan Shearer for most goals scored for the England u21 team (13), though was eclipsed by Arsenal’s Eddie Nketiah in October 2020.

The tenacious forward needed just three minutes to mark his Leeds debut with a goal at Anfield in 1998, the fresh-faced academy graduate entering the field in an oversized white jersey before firing home an equaliser to spark a comeback win at Liverpool.

Smith instantly became a hometown hero with his aggressive style and work-rate winning admirers, quickly establishing himself in David O’Leary’s exciting young side and proving a regular source of goals.

The Rothwell-born star scored 17 Premier League goals whilst still a teenager, later playing a key role in the club’s run to the Champions League semi-finals in 2001.

Smith’s love affair with his boyhood side ended in defection after 228 appearances and 56 goals however, the club’s relegation from the top flight and financial meltdown leading the forward to join bitter rivals Manchester United in a controversial £6m deal.

Smith won the Premier League title during a three season spell at Old Trafford, later representing Newcastle, MK Dons and Notts County before his retirement in 2018.

One of Arsene Wenger’s greatest Arsenal bargains, Anelka arriving in north London for a fee of just £500,000 from Paris Saint-Germain and became one of the division’s great finds.

Wenger’s search for a long term heir to the ageing Ian Wright saw a 17-year-old Anelka move to Highbury, but the notion that the teenage forward was one for the future was swiftly removed after a brief bedding in period.

Anelka scored nine goals in all competitions during his first full season at the club as Arsenal claimed a domestic double, including a vital goal in a win over title rivals Manchester United and the second in the club’s FA Cup final victory over Newcastle at Wembley.

It was, however, the following season where the French forward truly burst into life, being named as the PFA Young Player of the Year following a series of seemingly unstoppable performances that delivered 17 Premier League goals.

Anelka’s displays led to a £22.3m move to Real Madrid at the end of the season, the forward later returning to the Premier League with spells at Liverpool, Manchester City, Bolton, Chelsea and West Brom, finishing his career in English football with two league titles, three FA Cups and 125 top flight goals.

Greenwood’s superb start to the 2021/22 season has moved him into the top four amongst the highest scoring teenagers in the division’s history.

The forward is arguably the brightest prospect to have come through the Manchester United academy in recent seasons and starred during a debut 2019/20 season, scoring 17 goals in all competitions to equal George Best, Brian Kidd and Wayne Rooney for the most goals in a single campaign by a Red Devils teenager.

Greenwood endured a more difficult season but has started brightly in 2020/21, with Ole Gunnar Solskjaer hailing his physical development following a mature showing in the emphatic win over Leeds.

The forward followed that up with an equaliser in the 1-1 draw against Southampton before netting a late winner against Wolves.

Not 20 until October 1, Greenwood is a natural finisher and still has time to add to his tally, though it’s going to take a goal glut to climb the rankings further.

Few players have burst onto the scene quite like a teenage Wayne Rooney, the powerfully built man-child adorned in Everton blue delivering one of the most iconic Premier League goals of all-time against Arsenal to open his account in England’s top tier.

Rooney scored 15 Premier League goals for his boyhood side before becoming the most expensive teenager in history, joining Manchester United in a record-breaking move and making an instant impact at Old Trafford.

The forward scored 30 league goals before his 20th birthday and is one of just two players – alongside Alan Shearer – to score over 200 Premier League goals, finishing his career with five league titles and as the greatest goalscorer in the history of both Manchester United and England.

Fowler’s goalscoring credentials were widely recognised amid the academy ranks at Liverpool, but few could have anticipated the impact the forward would have when handed a first-team opportunity.

The Toxteth-teenager scored on his senior debut in a League Cup tie against Fulham before coming to prominence with a five-goal haul in the return leg, seizing his opportunity by scoring 12 times in his first 13 appearances for the club.

Fowler’s famed finishing ability made him a hugely popular figure amongst Kopites, the local hero who ruthlessly needed just half a chance to find the net. Fowler scored 30+ goals in all competitions in each of his first three full seasons as a Liverpool player, including 35 league goals before his 20th birthday.

Named as the PFA Young Player of the Year in back-to-back seasons in 1995 and 1996, Fowler is the eighth-highest goalscorer in Premier League history with 163 goals.

Owen showed a glimpse of his vast potential by scoring on his Liverpool debut as a 17-year-old in 1997, before flourishing amid exposure to the first-team with a stunning first full season in the Premier League.

The teenage Owen had the world at his feet with his blistering pace and ice-cold temperament in front of goal, winning the division’s Golden Boot award as an 18-year-old before being named as the PFA Young Player of the Year and Premier League Player of the Season.

After starring at that summer’s World Cup, Owen returned with another prolific campaign to retain the Golden Boot, becoming just the second player to achieve the feat and winning the award twice before his 20th birthday.

Owen later inspired Liverpool to a treble of cup successes in 2001 and became the second-youngest ever winner of the Ballon d’Or, though his latter career was decimated by injuries with his teenage years the peak of his powers.

He left Liverpool for Real Madrid in 2004, later representing Newcastle, Manchester United and Stoke before retiring from the game in 2013.