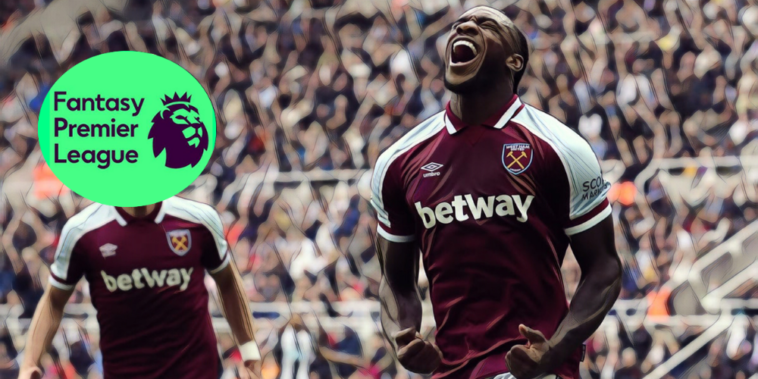 Gameweek three of FPL is headlined by Liverpool’s clash with Chelsea at Anfield on Sunday, whilst champions Manchester City host an Arsenal side in desperate need of points following a torrid start to the campaign.

Here are four of the best captaincy options ahead of gameweek three in Fantasy Premier League.

In terms of fixtures, there are few better in the Premier League at present than a clash against Norwich, the Canaries having endured a difficult return to the top division so far.

No side has conceded more goals than the eight shipped by Daniel Farke’s side in defeats to Liverpool and Manchester City, whilst only two teams have conceded more than their six big chances.

Their tough run of fixtures to start the season gets no easier this weekend as Leicester visit Carrow Road, where the Foxes will be looking to bounce back following a disappointing defeat at West Ham.

Jamie Vardy – who opened his goalscoring account against Wolves before blanking against the Hammers – will be a popular captaincy selection amongst those who own him, with his numbers for shots (6) and shots inside the box (5) leading totals amongst his teammates.

The forward’s penalty duties further adds to his appeal against a side shaping early in the season as potential whipping boys.

Michail Antonio has started the new season on fire, finishing as the highest-scoring FPL forward in both gameweeks so far.

Antonio has provided three goals and three assists across fixtures against Newcastle and Leicester, his double against the latter seeing the forward become West Ham’s record goalscorer in the Premier League era.

Now adorning the number nine shirt following the completion of his evolution into a centre-forward role, Antonio has been one of the Premier League’s most threatening players so far this season and the visit of Crystal Palace promises another opportunity for a big haul.

Antonio has registered the most shots in the league (11) and has had the most big chances (5), whilst his figures for shots inside the box (8), created big chances (2) and assists (3) rank second amongst all players.

The Hammers face a Palace side still seeking their first win under new manager Patrick Vieira and a team who have historically been vulnerable aerially  – an area in which Antonio excels – conceding 66 chances from headers last season.

Antonio has been involved in 75% of West Ham’s goals so far this season and can continue his excellent form for David Moyes’ in-form team this weekend.

Listed as a midfielder in FPL, Son Heung-Min has started the season leading the line for Tottenham as uncertainty continues to surround Harry Kane’s future as we approach the transfer deadline.

Son’s role at centre-forward adds to his appeal as the north London side looking to continue their perfect start to the season at home to newly-promoted Watford this weekend.

Watford’s underlying numbers (24 shots conceded) rank them mid-table in the Premier League, but the Hornets have failed to keep a clean sheet and have conceded two goals in both of their fixtures so far.

Son also enjoys a strong record against Watford, scoring five goals and providing an assist in 10 fixtures against the club in all competitions, including scoring in every fixture in which he has featured as a forward.

Son owners should pay close attention to team news before making their final selection however, with the South Korean withdrawn in favour of Kane last weekend and Spurs set to face Pacos de Ferreira in a must-win Europa Conference League play-off tie on Thursday,

Patrick Bamford got up and running for the new season with an assist in Leeds’ draw with Everton last weekend, one of last season’s FPL favourites opening his contribution account for the season.

Last season saw Bamford thrive in away fixtures for Marcelo Bielsa’s side, with the forward scoring 10 of his 17 league goals on the road, in addition to providing seven of his 11 assists in away games.

Those hauls mean Bamford was directly involved in 61% of Leeds’ away goals when selected last season and the trip to Burnley offers the forward a chance to continue his away-day record.

No side has conceded more shots inside the box across their opening two fixtures than Burnley, with the Clarets unusually open defensively having lost both of their opening games.