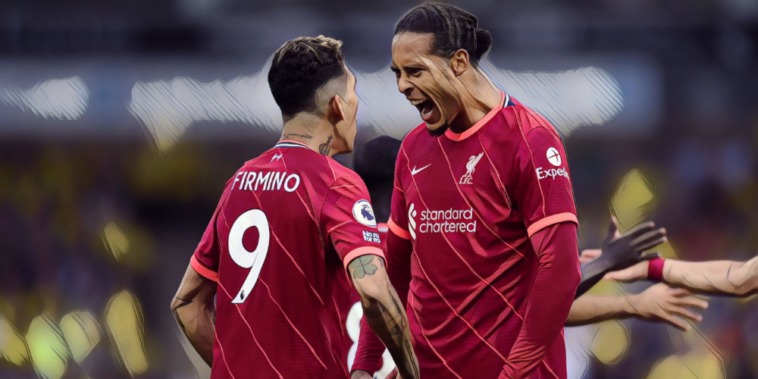 Whether it’s a return from injury, loan, or a period out of favour, players introduced back into the fold after a lengthy absence are often hailed as ‘like a new signing’ for Premier League clubs.

This season has already seen several notable names return to prominence after interrupted 2020/21 campaigns, their respective reintroductions as good as a new addition during the summer transfer window.

Here are five Premier League players who will be ‘like a new signing’ for their sides this season.

The stand-out return, Liverpool’s title defence was ravaged by injury problems last season with the long-term absence of Virgil van Dijk a huge factor behind a disappointing campaign.

Van Dijk sustained an ACL injury during October’s Merseyside Derby and was ruled out for the remainder of the season, missing 261 days of the campaign as a result of the serious knee injury.

The return of each player will represent a huge boost, but it’s Van Dijk’s reintroduction to the side that will make the biggest difference, the Netherlands international having established himself as arguably the best defender in world football since moving to Merseyside in January 2018.

Van Dijk’s return has coincided with back-to-back clean sheets to start the new campaign, whilst the Dutchman’s leadership and ability to start attacks from deep are as integral as his defensive capabilities.

Much has been made about Liverpool’s relatively quiet transfer window in comparison to Premier League rivals, but the return of Van Dijk – alongside Gomez, Matip and the summer arrival of Ibrahima Konate – provides the Reds with the dependable defensive platform they lacked last season.

Football came together to send well wishes to Raul Jimenez following the horrific head injury sustained by the Wolves forward last season, a fractured skull against Arsenal in November curtailing the Mexican’s campaign.

The injury was so severe that Jimenez revealed that doctors had told him he was lucky to survive, but the forward has since made an extraordinary return to action during the Premier League’s opening fixtures.

The 30-year-old has been a talismanic figure for Wolves since their return to the Premier League three seasons ago, scoring 34 league goals in 88 appearances, and his absence left the side void of a focal point during a disappointing 2020/21 campaign.

Doctors told Raul Jimenez he was lucky to be alive after his skull fracture.

It remains to be seen how Jimenez adapts following his return, one that will see the Mexico international wear a specially designed headguard for added protection at the site of the injury.

If the forward can return to somewhere close to his best and quickly however, it will have a major influence on the early stages of Bruno Lage’s reign at Molineux.

Harvey Barnes was right in contention for a place in England’s Euro 2020 squad before disaster struck last season, the Leicester star suffering a knee injury that ruled him out of the season’s run-in and the summer’s major tournament.

Barnes had enjoyed the best season of his career to date before being cruelly sidelined, having scored nine league goals and provided a further four assists in just 22 starting appearances.

The 23-year-old’s absence coincided with Leicester’s late fall out of the Champions League places, with the Foxes losing three of their final four fixtures to miss out on the top four in agonising fashion for a second successive season.

Leicester have spent an incredible 567 days in the Premier League’s top four over the past two seasons without securing Champions League football, and Brendan Rodgers will need his key personnel available this term if the Foxes are make the final step into Europe’s elite.

Barnes’ direct approach and goal threat adds another option to Leicester’s attacking contingent, his return to the side helping relieve some of the pressure on Jamie Vardy and Kelechi Iheanacho.

It’s early days in the reign of Nuno Espirito Santo at Tottenham, but are we seeing the beginnings of Dele Alli’s return to prominence?

Alli has endured a sharp downturn in recent seasons, falling from a status as arguably England’s most exciting young talent to a forgotten figure amongst Gareth Southgate’s midfield options.

His fortunes reached their nadir last season as the 25-year-old was ostracised by Jose Mourinho, hauled off at half-time on the opening day of the campaign and making just one further Premier League start before the manager’s dismissal in April.

On penalty duty with Harry Kane on the bench. ⚽️ pic.twitter.com/QxliKWLhag

Alli returned to the side under interim manager Ryan Mason and has retained his place during the early stages of Nuno’s tenure, with the midfielder impressing as Spurs have opened the season with consecutive wins.

Alli has featured in an unfamiliar deeper role as part of Spurs’ midfield three so far this season, his resurgence demonstrated with tireless performances at the heart of the side during wins over Manchester City and Wolves.

The midfielder proved the match-winner at Molineux after being brought down inside the box following a trademark ghosted run into the area, stepping up confidently to dispatch the spot-kick and secure a 1-0 win.

Alli has embraced the defensive side of the game in his box-to-box role under Nuno and the signs so far have been encouraging as the star looks to kick-start his career this season.

Shane Duffy’s career at Brighton appeared all but over after being loaned to Celtic last season, the no-nonsense approach of the centre-back deemed a poor fit for the philosophy introduced by Graham Potter at the Amex Stadium.

The Republic of Ireland international’s loan spell did little to boost his prospects of a return, with the defender struggling during his time in Scotland as Celtic relinquished a nine-year hold on the title to Rangers.

Ben White’s departure to Arsenal has afforded Duffy an opportunity many felt may never come however, with the 29-year-old having made an instant impact during the season’s opening fixtures to provide a reminder of his worth.

Duffy has played a key role in the Seagulls’ opening a top-flight season with successive wins for the first time in their history, including scoring a brilliant header – his first goal for the club since November 2019 – to open the scoring against Watford.

Duffy’s towering presence saw him win a league-leading nine aerial duels during Brighton’s opening fixture at Burnley and alongside Adam Webster and Lewis Dunk provides Brighton with huge threat in both boxes, his renaissance a welcome surprise for the Seagulls so far this season.