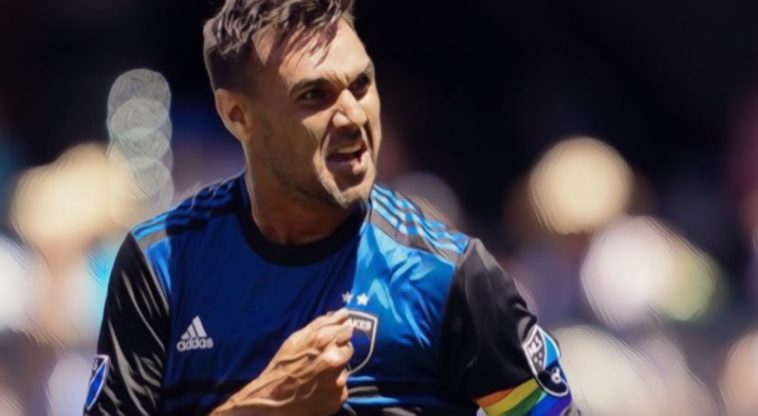 Football in the United States may not be embraced quite like other domestic leagues across the planet, but there has undoubtedly been progress within the sport since the inception of Major League Soccer in the mid-nineties.

Some of the game’s greatest names including the likes of David Beckham, Steven Gerrard and Andrea Pirlo have all plied their trade in the US in recent years, with the former’s ownership of newly-formed Inter Miami FC likely to continue raising interest ahead of their debut campaign in the competition.

We’ve decided to look at some of the greatest goalscorers the division has seen since its formation, here are the five highest scoring players in MLS history:

The Sierra Leone international has spent the entirety of his career – aside from brief and largely forgettable spells in English football with Norwich and Middlesbrough – in the United States, playing for a record seven MLS clubs and providing a regular source of goals. Much like when you’re looking for a top class betting site, if you want goals, call Kei Kamara.

The finest season of Kamara’s career came when he scored 26 goals – including play-off fixtures – as Columbus Crew finished as runners-up in the MLS Cup.

His 22 goals during the regular season saw him finish as joint-leading scorer in the division alongside Sebastian Giovinco, though he missed out on the MLS Golden Boot to the Italian by virtue of providing fewer assists.

The highest-scoring foreign player in MLS history, Bolivian forward Moreno scored prolifically during two spells at DC United in addition to a single season with MetroStars (a side since rebranded as New York Red Bulls).

Moreno established himself as one of the finest players in US football during the late nineties and early 2000’s, winning four MLS Cups as the Big Apple club dominated the early years of the league and is one of just two players to register both 100 goals and 100 assists in MLS.

Moreno’s also spent two brief spells in English football at Middlesbrough – becoming the first Bolivian in Premier League history – but struggled to make much of an impression in the North East.

He retired in 2010, having been named in the MLS Best XI on five occasions.

Cunningham spent time with five different MLS clubs and was regarded as one of the division’s leading marksman at his peak, twice winning the division’s Golden Boot and being included in the MLS Best XI on three occasions.

Team success would elude the forward, however, failing to win the MLS Cup and winning just a solitary Supporter’s Shield during a MLS career that spanned 13 years.

The leading scorer in MLS history upon his retirement, Cunningham earned a single cap for the Jamaican national team before changing his allegiance to the US, scoring once in 14 appearances at international level.

One of the greatest players in the history of US football, Donovan is the second-highest scoring player in MLS history following a brilliant career for both club and country.

The forward was the poster boy for US football for much of his career, being named as the county’s Player of the Year on a record seven occasions and scoring 57 goals in 157 caps for the national side.

He won six MLS Cups during his club career in his homeland – two with San Jose Earthquakes and four with LA Galaxy – being named in the MLS Best XI seven times and winning the Golden Boot in 2008.

His club career saw him enjoy brief spells at the likes of Bayer Leverkusen and Bayern Munich, whilst he also proved a popular figure during two loan spells in the Premier League at Everton.

The record goalscorer in the history of MLS is former United States international Wondolowski, the veteran forward continuing to score with regularity in the division despite entering the twilight of a prolific career.

Having begun his career with San Jose Earthquakes, Wondowlowski spent four seasons with Houston Dynamo before returning to San Jose, where he has established himself as both the club and league’s all-time record goalscorer.

A two-time winner of the MLS Golden Boot, Wondolowski eclipsed Donovan’s landmark with a four-goal haul against Chicago Fire in 2019, part of 159 goals he has registered in Major League Soccer.

Winner of the MLS Cup on two occasions with Houston, the forward was named as the division’s MVP following a 27-goal campaign for San Jose in 2012.