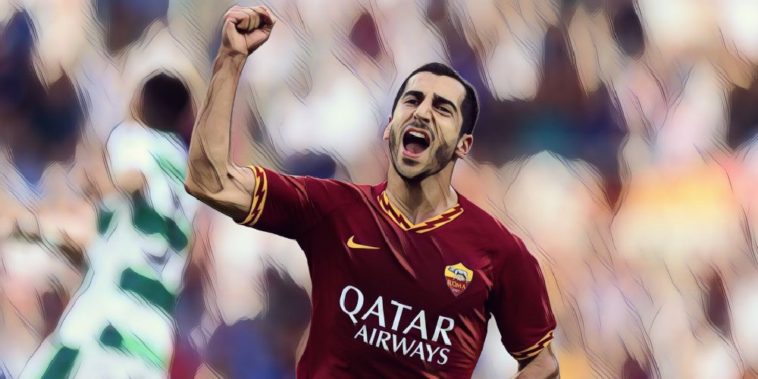 Henrikh Mkhitaryan has expressed his delight after agreeing an extension to his loan deal at Roma until the end of the current campaign.

The Armenian international moved to Roma on a season-long loan deal last summer after being deemed surplus to requirements at Arsenal, with the 31-year-old having enjoyed a productive season since moving to the Italian capital.

Mkhitaryan’s current loan arrangement was due to expire today but an agreement has been reached for the playmaker finish the current campaign in Serie A, whilst a preliminary agreement has also been put into place for the star to remain a Roma player next season.

“I’m very happy,” he told Roma’s website. “Finally, we could reach an agreement to extend the loan, with a provisional agreement for next season too, so I’m very pleased. I’m happy to stay here because I still have things that I haven’t achieved yet that I want to achieve.

The Armenian has been pleased with his progress for Paulo Fonseca’s side this season and says he is determined to finish the season strongly as the capital club seek continental qualification.

“I came here with a very good, positive feeling. Then I started to play, and I scored and assisted others to score too… but then I got a couple of injuries that weren’t part of the plan.

“At the start of this year I was back, though, and I was starting to get in the best shape… and then the virus came on. I think that was the worst time in our entire football life – but now we’re pleased to be back and to restart the season.

“Of course it’s not the best start but we don’t give up – we’re going to push and go forward because the season is not finished. We still have 10 games to play, so we’re going to try to do everything possible to earn as many points as we can.”