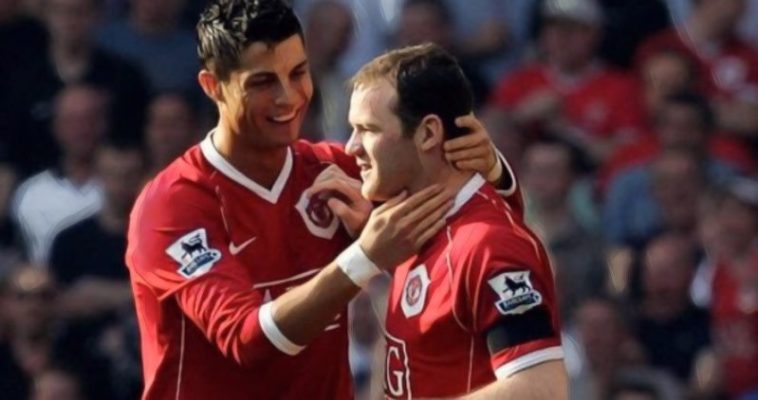 Bruno Fernandes’ devastating goal on the counter-attack at Brighton drew comparisons to Manchester United’s ability to hit on the break under Sir Alex Ferguson, the midfielder firing home on the volley following a brilliant breakaway at the AmEx.

Arguably one of the most exhilarating sights in football, the counter-attack is a clinical method of tactical attacking play that strikes when the opposition are at their most vulnerable.

Throughout the Premier League era we’ve seen many teams deploy the counter-attack in ruthless fashion, a quick transitional play that utilises lightning pace on the break.

Following Fernandes’ effort, we’ve decided to celebrate some of the very best counter-attacking goals the league has seen.

Manchester United developed a reputation as ruthless exponents of the counter-attack during Sir Alex Ferguson’s dynasty at Old Trafford, with this effort from Mark Hughes amongst the Premier League’s most simplistic, yet effective.

Protecting a two-goal lead in the second fixture the Premier League’s second campaign, goalkeeper Peter Schmeichel alleviates the impending danger of a Sheffield United attack by taking command inside the penalty area before hooking the ball clear.

The Dane’s long clearance is immediately chased by the lightning pace of a young Ryan Giggs, who accelerates away from the labouring Mitch Ward before crossing for Hughes to tap home the simplest of finishes.

Giggs’ breathtaking show of pace catches out the Sheffield United defence in some style, sealing a 3-0 victory for a United side who would go on to retain their title and secure a domestic double.

Another brilliant effort from Manchester United, this time starring two emerging talents who would combine in stunning style for arguably the last of Ferguson’s great sides at Old Trafford.

In Wayne Rooney and Cristiano Ronaldo, United possessed two of the finest young talents in world football and their inter-play against Bolton remains a memorable moment in the fledgeling partnership of the duo.

After a long throw into the United penalty area lands at the feet of Ronaldo, the Portuguese plays a one-two with Rooney deep inside their own half. Receiving Rooney’s clever flick, Ronaldo then surges forward into the opposition half, leaving a trail of defenders in his wake before once again finding his teammate free.

Rooney finishes the quick-fire move with a superb chip over the advancing Jussi Jääskeläinen, capping one of the Premier League’s great counter-attacks as the ball hits the net just seconds after Bolton had threatened at the opposite end.

A brilliant breakaway in one of the most entertaining contests of the Premier League era, Arsenal’s Andrei Arshavin slammed home his fourth goal of the evening to put a huge dent in Liverpool’s title pursuit.

The fixture proved a perfect advertisement for Premier League football, the two teams playing out a pulsating encounter that saw Arshavin write himself into the record books.

The Russian had already scored three times in a topsy-turvy contest on Merseyside, but would add a dramatic fourth as Liverpool desperately poured forward in search of a much-needed winner.

After Lukasz Fabianksi punched clear a home corner late on, the jet-heeled Theo Walcott raced onto the clearance to charge forwards on the counter-attack. Despite the late nature of the fixture Arshavin – seemingly indefatigable following his previous hat-trick – surges forward to join his teammate.

Found in space, Arshavin lashes the ball past Pepe Reina to notch his fourth of the night, an iconic moment in a fixture that will live long in the memory for all who witnessed it.

Much of Leicester’s success in recent seasons has been built on an ability to soak up pressure before launching a counter-attack, with the pace and movement of Jamie Vardy key to their style.

Vardy fired the Foxes to an improbable Premier League title triumph under the guidance of Claudio Ranieri in 2016, scoring 24 league goals including a memorable two-goal haul in victory over Liverpool at the King Power Stadium.

It was his opener, however, that showcased Vardy at his best.

After Danny Drinkwater breaks up a Liverpool attack inside his own penalty area, the midfielder’s clearance ends with Riyad Mahrez who launches a long lofted ball in the direction of the Leicester number nine.

Vardy – a relentless runner in attack – accelerated away from Mamadou Sakho and Dejan Lovren in trademark fashion, before hitting an instinctive dipping finish over the helpless Simon Mignolet to send the home crowd into a frenzy.

A goal that simply has it all.

Lucas Perez intercepts a Crystal Palace attack deep inside his own half to start the break, before goalscorer Giroud’s first intervention with a clever flick into the path of Granit Xhaka to take two opposition defenders out of the game.

Alexis Sanchez is then found in space on the left flank, waiting patiently before delivering a cross into the direction of the aforementioned Giroud. The ball, however, is slightly behind the Frenchman, who improvises brilliantly to flick the ball with his heel off the underside of the crossbar and in.

The goal that won the Puskas award for 2017 👏pic.twitter.com/YcC6QFZxIt

No one is really quite sure why goals that go in off the crossbar look better, but it’s an accepted fact in footballing circles and one we agree with wholeheartedly.

Giroud’s piece of ingenuity saw him land the Puskas award for 2017, capping a brilliant counter-attack that took just 13 seconds to move the ball from the Arsenal penalty are into the Palace goal.