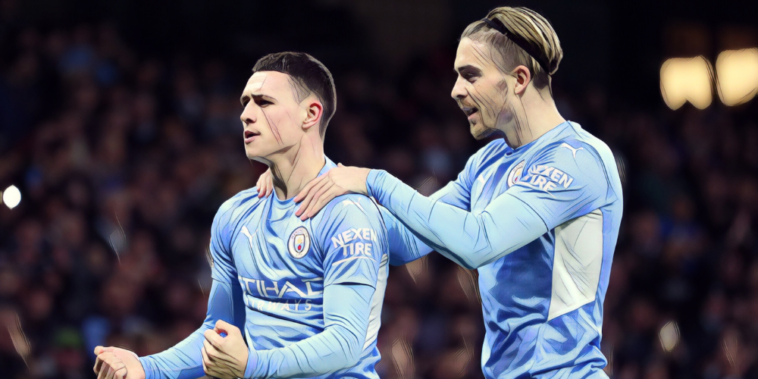 Jack Grealish and Phil Foden have been warned about their conduct after being dropped for Manchester City’s win at Newcastle on Sunday.

Grealish and Foden were unused substitutes during the 4-0 win at St James’ Park at the weekend, having left Pep Guardiola unimpressed with their condition after reporting to the club’s training ground for a recovery session following the midweek win at Leeds.

The England midfielders each scored and starred during the 7-0 win over Leeds last week, before going out to a nightclub together to celebrate the convincing victory at the Etihad.

Guardiola confirmed following the clash that the decision was ‘not rotation’ and spoke on the behaviours of his players both ‘on and off the pitch’, with the Telegraph reporting that the duo have been warned about their conduct.

“It was not rotation, no,” Guardiola said after the win over Newcastle.

“I decided on this team because they deserved to play today, these guys and not the other ones. At Christmas time I pay a lot of attention to behaviour on and off the pitch. And when off the pitch is not proper, they are not going to play.

“So we have to be focussed all the time because of distractions at Christmas time and everything that happens – you have to still be focussed.”

Guardiola reemphasised his point regarding rotation and says he will continue to select the side he believes is in the best condition and best-equipped to earn three points.

“I didn’t rotate today,” he added. “If the players believe I rotated for that game they are mistaken. I decide the best team today for the way they play. We needed a different pace for the players and that’s why they play.

“I don’t know if we are going to play Leicester [on Boxing Day], unfortunately they have a lot of [Covid] cases, hopefully they are getting better.