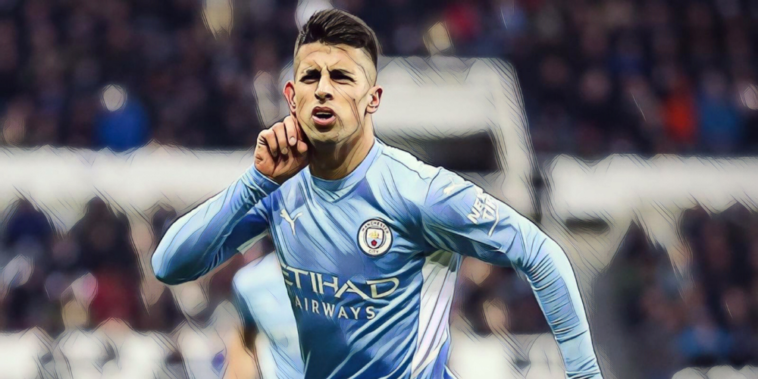 Each week we delve through the Premier League’s weekend action and compile our divisional Team of the Week.

There were just four Premier League fixtures this weekend as an increase in positive Covid-19 cases led to a wave of postponements, the best viewing found in north London as Tottenham and Liverpool shared the spoils in a clash packed full of incident.

Manchester City extended their lead at the top of the Premier League after thrashing Newcastle, with both Liverpool and Chelsea dropping points. In the weekend’s other fixture, Arsenal strengthened their grip on the Champions League places with a comfortable win at struggling Leeds.

Following the latest fixtures we’ve compiled a best XI from the stand-out performers, here is The Football Faithful’s Premier League Team of the Week

Sa was less troubled than he would have anticipated as title-chasing Chelsea arrived at Molineux, but made an excellent stop to deny Christian Pulisic and ensure Wolves earned a goalless draw with the European champions.

Wolves' games have seen the fewest goals in the Premier League so far this season:

Sa also relieved pressure with several convincing claims and the Portuguese goalkeeper has been a shrewd signing since his summer arrival from Olympiacos. Wolves now have seven clean sheets for the campaign, with only the Premier League’s top four having amassed more.

Joao Cancelo was instrumental to the champions convincing win at St James’ Park, creating the first before scoring a stunning second as Pep Guardiola’s side cruised to three points in the North East.

Cancelo has become central to this side and is amongst the most complete players in the division, diligent in his limited defensive duties and always a threat when joining the attack.

His desire to keep the move alive led to Ruben Dias’ opener at Newcastle, before a solo run and fierce strike doubled City’s advantage as the visitors moved three points clear at the top of the Premier League.

It was all too easy for City and Cancelo, who will take some stopping from defending their crown on current form.

Much improved since moving into the centre of a back three for Tottenham, Dier defended well as Spurs played out an entertaining 2-2 draw with Liverpool in the capital.

The 27-year-old twice played superb long balls in behind the Liverpool defence to release Ryan Sessegnon and Son Heung-Min respectively, and seems to be relishing the quarterback role he has found himself in under Conte.

Alongside Dele Alli, Harry Winks and Ryan Sessegnon, this was an encouraging performance for a core of home-grown players whose long-term futures at Spurs had appeared uncertain.

Roman Saiss dominated Chelsea’s forwards during an impressive performance for Wolves this weekend, the Moroccan centre-back in uncompromising mood during the goalless draw at Molineux.

Saiss made three tackles and a crucial block to deny N’Golo Kante from scoring a winner, with the trio of the 31-year-old, captain Conor Coady and improving Max Kilman having provided Bruno Lage with a solid foundation on which to build this season.

Kyle Walker’s absence from the side has allowed Oleksandr Zinchenko a run in the team in recent weeks, starting each of the past three Premier League fixtures.

The Ukrainian international was positive in his performance at Newcastle this weekend, getting forward from left-back and producing a number of dangerous deliveries from the flank.

He made three tackles, completed 87% of his passes, and was rewarded for his quality when Riyad Mahrez turned home his pinpoint cross for City’s third.

Unable to inspire Chelsea to three points on his ahead-of-schedule return to the side, but the difference N’Golo Kante makes to Thomas Tuchel’s team was apparent as the midfielder produced the Blues’ most positive individual performance at Molineux.

Kante drove the west Londoners forward with trademark energy and drive, snapping into challenges and upping the tempo for Chelsea with his relentless running.

The France international was far from full fitness, but his return is a huge boost for a Chelsea side that has sorely missed his presence in recent weeks as the Blues kept their first clean sheet in seven outings.

Has Harry Winks salvaged his career at Spurs?

The midfielder seemed destined for an exit after falling out of favour in north London, but returned to the side with an impressive performance in the draw with Liverpool.

Winks worked tirelessly at the base of the midfield and was involved in both goals, showing great tenacity in the challenge in the build-up to Spurs’ opener, before creating Son Heung-Min’s goal with a pass in behind.

Antonio Conte was delighted with his showing, detailing how he has been impressed with Winks”desire’ in training.

“I think a good performance, but I didn’t have doubts about this,” Conte said post-match.

“Harry Winks is working very hard. He impressed me in training sessions for his commitment, his will, his desire. I think he’s a really good player.

“When we play in this way, with this formation, with a number four in front of the three central defenders, I think he’s very, very good. Very good.”

Martin Odegaard has grown into his role in the Arsenal side this season and was at the centre of an impressive attacking performance at Leeds, as the Gunners registered a Premier League record of 11 shots on target in the first half at Elland Road.

The Norway international created several openings as Arsenal cut apart a struggling Leeds side to win 4-1, with Odegaard rewarded as Emile Smith Rowe converted his through pass for the visitor’s fourth goal.

Leeds afforded Odegaard far too much room throughout and the midfielder is a footballer who can create havoc when afforded a chance to pick his passes.

Leeds struggled to live with the pace and movement of Bukayo Saka as the winger produced one of his best performances of the campaign for Arsenal, bouncing back from a glaring early miss to cause endless problems for the home side.

Saka was a constant threat and got the stroke of luck his showing deserved with his deflected goal, a low strike sneaking inside Illan Meslier’s near post as Arsenal ran riot to claim a 3-0 lead at the break.

What a performance boys ! 😍 pic.twitter.com/4tjNolQK5D

There are plenty of positives with this Arsenal side at present and Mikel Arteta will have been delighted to see his youngsters claim an emphatic three points and strengthen their grip on the Champions League places.

Gabriel Martinelli is in fine form right now and was at his effervescent best at Leeds this weekend, scoring twice in Arsenal’s 4-1 win to take his haul to four goals in seven Premier League starts.

Martinelli’s direct running and clinical finishing was the stand-out feature of the Gunner’s success at Elland Road, bursting into space from the left and twice netting in emphatic fashion.

Gabriel Martinelli is making his mark in the Premier League 📈 pic.twitter.com/Q8HMZ5zqIA

The 20-year-old is rapidly regaining confidence after his spell out of the side and his mix of industry and end product has made the future of exiled club captain Pierre-Emerick Aubameyang all the more uncertain.

The fourth member of an Arsenal quartet who devastated Leeds at Elland Road, Alexandre Lacazette failed to find himself on the scoresheet but produced a selfless performance to create space and openings for the trio of talents behind him.

Lacazette has stepped up in recent weeks to lead by example, taking the captaincy from Aubameyang and performing impressively as Arsenal have secured three consecutive league wins.

The Frenchman’s long-term future has yet to be decided, but there’s no doubt that Mikel Arteta has appreciated his contribution to his side’s improving fortunes in recent weeks.

Read – Over to you Newcastle: Remembering the first transfer windows that followed billionaire takeovers