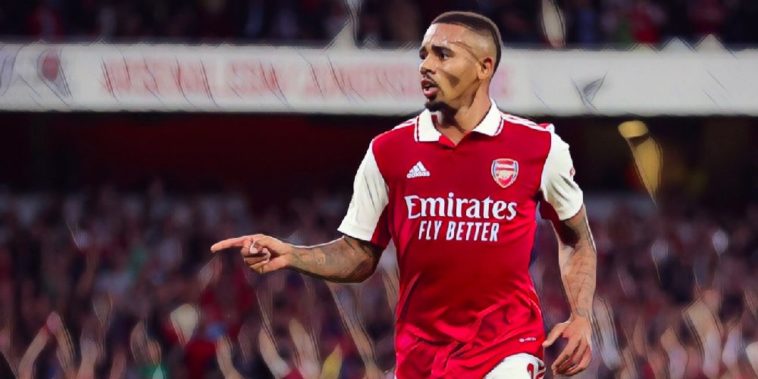 Arsenal forward Gabriel Jesus has opened up on his omission from the Brazil squad and insists he respects the decision.

Jesus was a surprise absentee from the squad named for Brazil’s upcoming fixtures with Ghana and Tunisia, following an impressive start to the campaign at the Emirates.

The 25-year-old signed for Arsenal from Manchester City in the summer and has since provided seven goal contributions in seven league games, but was left out of Brazil’s plans for the upcoming international break. Club teammates Gabriel Martinelli and Gabriel Magalhaes were also excluded.

Despite his disappointment, Jesus has insisted he respects the decision and has vowed to do his best to force his way in to Brazil’s World Cup plans.

“There was [contact] after the squad announcement, yes. I respect the coach’s decision a lot, I respect Tite, the entire staff,” Jesus told ESPN.

“As I said, I’m Brazilian, I’ll always root for the team. And I also respect the other players, who have a lot of quality. I’ll keep doing my best to have the opportunity again. What is in my control is my performance. I will always try to give my best.”

Brazil manager Tite spoke on his decision to leave out the in-form forward and said Jesus – who has scored 19 goals in 56 appearances for the national side – remained in contention to feature in Qatar.

“Gabriel Jesus, specifically, is having a great time and in contention [for the World Cup]. Absolutely, yes,” Tite said.

“These call-ups serve as opportunities for others. As well as others in this same context. Football is creation and scoring, and defensive solidity. If you run away from these characteristics, you will lose.

“This balance point is very difficult in a team and we are looking for it. This number of attackers will not be determined. The versatility of the players is an important part.”