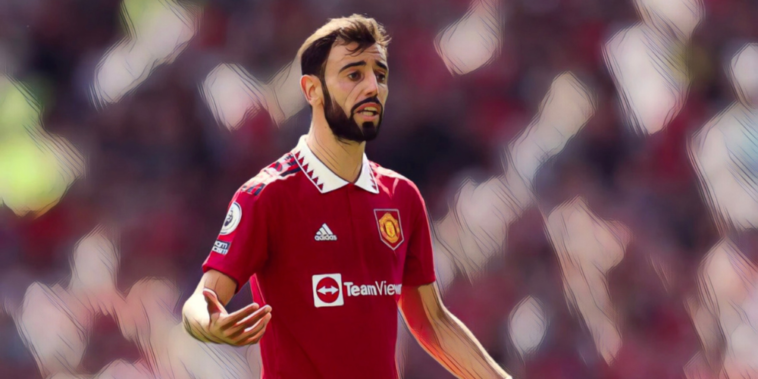 Bruno Fernandes has opened up on Erik ten Hag’s methods at Manchester United and working under the manager’s ‘strict’ rules at Old Trafford.

Ten Hag took charge of the Red Devils during the summer and has overseen improvement since a disappointing start to the campaign, with the club having won five of their past six fixtures across all competitions.

The Dutchman is the latest coach tasked with reviving the club’s fortunes, following five seasons without major silverware. United are also approaching a decade since last lifting the Premier League title.

Fernandes has discussed what Ten Hag has brought to the club since arriving from Ajax and believes United will reap the rewards of a long-term plan if the manager is given time to implement his methods.

“First of all, he has an idea,” Fernandes told The Athletic. “He has a style. You have to follow his rules. He is strict on that. And I like that. He has brought discipline, which is something I think we missed in the past. Everyone must be on the same page.

“That is what Pep (Guardiola) and (Jurgen) Klopp have been doing for years, because they have stability in the club and in the way they choose the transfer market and build the team, which is really important for them to get the rewards.

“I saw the manager say in a press conference that we do not want to bring players just for the sake of it, we want to bring the right players for what we want to do. It is something the club needs.

“We still have a margin to improve and he needs time to get the most out of us with his idea of playing. I believe we will get to the point with him where we are established as a team and everyone is on the same page.”