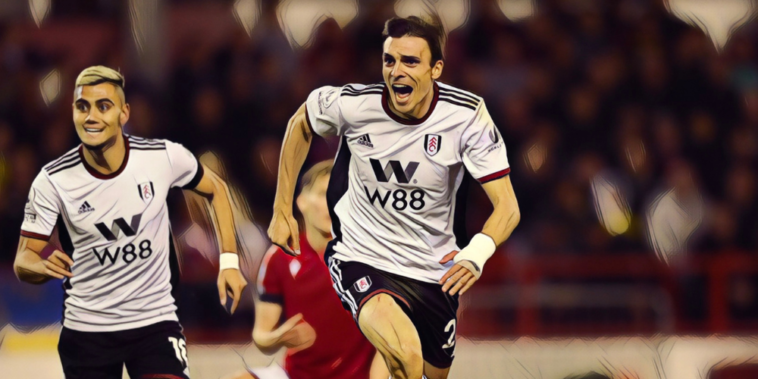 The 20 Premier League clubs spent £1.9billion during the transfer window, with Chelsea, Manchester United and West Ham the biggest spenders of the summer.

There have been a number of new faces who have hit the ground running this season and we’ve picked out ten summer signings who have made an excellent start to the campaign.

Gabriel Jesus has revelled in his role as Arsenal’s main man so far this season, with the forward having swapped a bit-part role at Manchester City for a prominent place in the Gunners’ team.

It’s seven goal contributions in just seven games for Jesus, who has visibly increased in confidence since moving to north London. The faith of Mikel Arteta has been rewarded during the season’s opening weeks, as Jesus has hit four goals and laid on a further three assists.

Another headed goal for Arsenal with Jesus nodding past Raya! ⚽

The ball from Xhaka was sublime! 👏 pic.twitter.com/9bQTs0vHd1

His movement and work-rate had added a new dimension to the Gunners, who are the Premier League’s early table toppers after six wins from seven games. Pre-season aims of a top four finish have been replaced with tentative talk of a title challenge, with the impact of Jesus having been central to those suggestions.

His link-up and intelligent stretching of defences has brought the best from those around him, while his lead from the front has transformed Arsenal into one of the Premier League’s most impressive pressing teams.

Christian Eriksen’s availability on a free transfer was an opportunity too good to turn down for a Manchester United side in need of midfield additions.

The Denmark international has become a key cog in Erik ten Hag’s plans and after a difficult start to the season has come into his own. Eriksen has central to the Red Devils’ turnaround in form, excelling in a deeper role alongside an improved Scott McTominay.

His ability to thread passes forward with accuracy and pace has been integral to wins over Liverpool and Arsenal, with United having won five of their past six across all competitions.

Ten Hag has been reluctant to be without Eriksen so far this season, with the midfielder missing just seven minutes of the club’s Premier League campaign so far. His performances as the conduit of the side have sparked the club’s improvement.

James Tarkowski was a target for several clubs after leaving Burnley on a free transfer last summer, with Everton securing a deal for the centre-back. Regarded as a coup, it has proven as such with Tarkowski having made an impressive impact on Merseyside.

The 29-year-old’s no-nonsense approach has been appreciated at Goodison Park with the defender having added steel to a side who struggled last season.

He leads the Premier League for clearances this season (58) and ranks fourth for aerials won (28), having proven a commanding presence for Frank Lampard’s side.

His partnership with fellow new arrival Conor Coady has shown encouraging signs, with Lampard having looked to proven Premier League leaders as his foundation.

The star signing of the summer transfer window has lived up to that billing, with Erling Haaland having made a record-breaking impact at Manchester City.

Haaland’s arrival at the Etihad generated huge excitement and expectations have been filled and then some, with the Norwegian underlining his status as a world-class centre-forward. It’s now 14 goals in just nine games for City, whose addition of Haaland’s prowess to an already formidable team spells danger for the rest of the division.

Last season Kevin De Bruyne finished as City’s leading Premier League scorer on 15 goals. Haaland has 11 in just seven games this season and is already a third of the way to Mohamed Salah’s divisional record for a single season (32).

Erling Haaland is the only player in Europe's top five divisions to score 10+ league goals so far this season. 🤖 pic.twitter.com/yZo3pR3ake

The Golden Boot and Premier League immortality on already in his sights.

Lisandro Martinez is rapidly becoming a fan favourite at Manchester United, following his performances since arriving from Ajax last summer.

Erik ten Hag was keen to reunite with the central defender, whose cultured left foot has improved the club’s build-up play from the back. Martinez faced no shortage of sceptics after United’s challenging start to the campaign, but has since began to win over the doubters who questioned if he had the physical presence for the Premier League.

The 24-year-old has formed an excellent understanding with Raphael Varane, one which has left club captain Harry Maguire out in the cold. Martinez’s combative streak and overcoming of initial adversity has already cemented his reputation among the Old Trafford faithful.

Oleksandr Zinchenko became Arsenal’s second summer signing from Manchester City after he completed a £32m move to the Emirates.

Mikel Arteta knew the versatile full-back well from his time on City’s coaching staff and Zinchenko has settled swiftly in north London. The Ukraine international has been a fixture in the Gunners side at left-back, but it is his influence in different areas of the pitch which have helped improve Arsenal.

Arteta has followed the trend of Pep Guardiola in demanding more from his full-back, who moves with ease into midfield in a transition which grants freedom to the likes of Granit Xhaka and Martin Odegaard. His interchanging with Xhaka in particular has been a highlight of Arsenal’s start to the season, one which has the north Londoners top the table after six wins from seven games.

Fulham have made a fine start to the season and are confident of consolidation this season, the current team look a far cry from past sides who have struggled in a yo-yo existence.

Central to the new-found steel of the side has been Joao Palhinha, who is fast appearing one of the signings of the season. The Portugal international leads the Premier League for tackles and ranks second for duels won, having been a monstrous midfield presence for the Cottagers.

His defensive work is coupled with a composure in possession, while Palhinha has also recorded two goals including a thunderbolt in the 3-2 win at Nottingham Forest last time out.

João Palhinha has made more tackles than any other player in the Premier League this season:

In a summer where several leading clubs were looking for midfield additions, Palhinha found his way to Craven Cottage. There will be a number of recruitment teams already feeling a sense of regret.

Southampton’s summer recruitment was centred around signings for the future, but Armel Bella-Kotchap has already proven an addition for the here and now.

The 20-year-old has started six games and has formed a blossoming understanding with Mohammed Salisu, in a pairing brimming with youthful potential.

Bella-Kotchap signed in an £8.6m deal from Vfl Bochum and has already caught the eye of teams further up the division, while his strong start at St Mary’s has been rewarded with inclusion in Germany’s senior squad for the first time this month.

Southampton centre-back Armel Bella-Kotchap has been called up for Germany senior team for the first time. ⭐️🇩🇪 #SaintsFC

Smart deal for Southampton as he’s one of the best talents in his position and he’s already highly rated. pic.twitter.com/sLzguyBX0M

Bella-Kotchap boasts impressive recovery pace which enables him to keep up with the Premier League’s quickest forwards, while he has stuck to his task during a busy season of defending so far, ranking among the league’s top ten players for interceptions (4th – 19), clearances (7th – 43) and aerials won (8th – 24).

Antonio Conte’s calls for backing were answered during the summer, with Spurs bringing in seven new arrivals in a busy summer in north London.

The most expensive was the arrival of Richarlison from Everton in a deal which could reach a club-record £60m. The Brazil international had been linked with several top clubs during a successful spell at Everton and was added to Conte’s collection of attacking talent.

Richarlison has had to be patient for his chance at Spurs, but has impressed almost whenever called upon. He made game-changing impacts off the bench at Chelsea and Nottingham Forest, before marking his first Champions League appearance with a brace in the 2-0 win over Marseille.

The 25-year-old has averaged a goal or assist every 101 minutes for Spurs so far this season, while his endeavour has ensured he has already become a popular figure at the Tottenham Hotspur Stadium.

There was plenty of eyes directed at Newcastle ahead of the club’s first summer window under their billionaire regime, though seven clubs – including newly-promoted Nottingham Forest – outspent the Magpies.

Eddie Howe did invest big in Sven Botman and Alexander Isak, but it is the £10m deal for Nick Pope which has looked the club’s best business to date.

The England international signed from relegated Burnley and has impressed so far this season, leading the Premier League for saves (30) and ranking third for save percentage (81.6%). Pope’s three clean sheets are second to only Manchester City’s Ederson and his presence has been behind a start to the season which has seen Newcastle difficult to beat.

The Magpies have lost just one of their opening seven games, a stoppage-time loss at Liverpool.