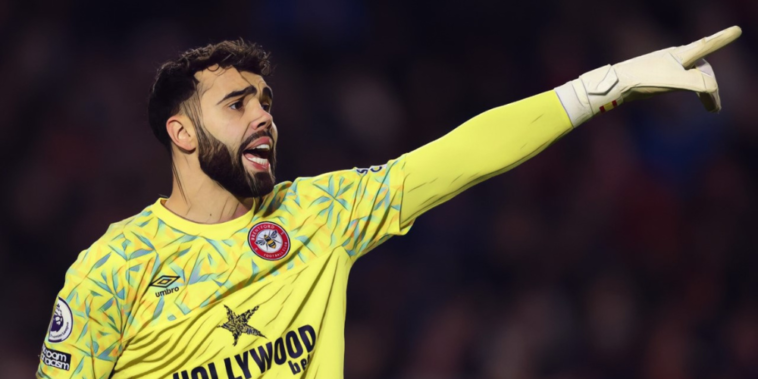 Thomas Frank has insisted it will take ‘a lot of money’ to sign Brentford goalkeeper David Raya, amid interest in the Spaniard from several Premier League sides.

Raya has 18 months remaining on his contract with the Bees and has attracted interest from a number of clubs, with Manchester United, Tottenham and Chelsea all said to be considering an approach.

The 27-year-old has shone since Brentford’s promotion to the top division and has established himself in the Spain set-up after a series of consistent performances in the Premier League.

He has won admirers for his distribution and is on the radar of several top clubs considering a change in goal next summer.

Speaking after Raya’s impressive performance in Brentford’s goalless draw at Leeds, Frank insisted he does not want to lose the goalkeeper and said it will take big money for the club to consider a sale.

“All my players, I would like to hold onto them forever,” Frank said, as per Sky Sports.

“They [interested clubs] will need to pay a lot of money.”