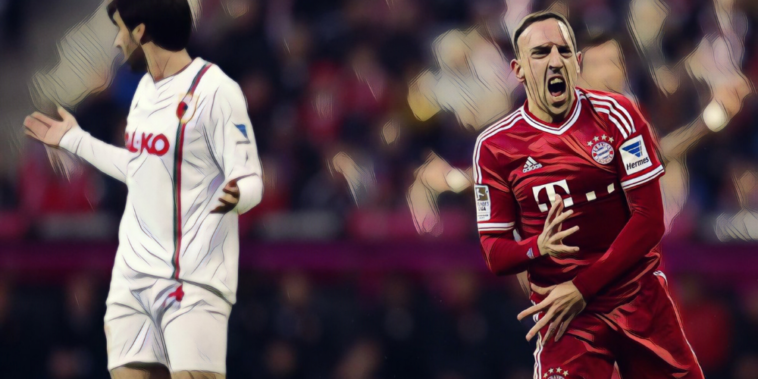 Franck Ribery became one of Bayern Munich’s greatest players of the modern era following a brilliant spell in Bavaria, the winger an integral part of the German’s success for more than a decade.

Ribery arrived with big expectations from Marseille in 2007 and won nine Bundesliga titles, forming one half of a brilliant wide partnership with fellow winger Arjen Robben.

The height of their success saw Bayern win a historic continental treble during the 2012/13 season, with Ribery named as the division’s Footballer of the Year and finishing third in the rankings for the Ballon d’Or.

Bayern continued to sweep all before them the following campaign and a win over Augsburg in November saw the club surpass a divisional landmark, eclipsing Hamburg’s record set in 1983 after going 37 league games without the defeat.

The highlight of the 3-0 win was this stunning effort from Ribery, a free-kick that left the goalkeeper with no chance as it flew into the top corner.

Here is Franck Ribery’s rocket of a free-kick against Augsburg in 2013.