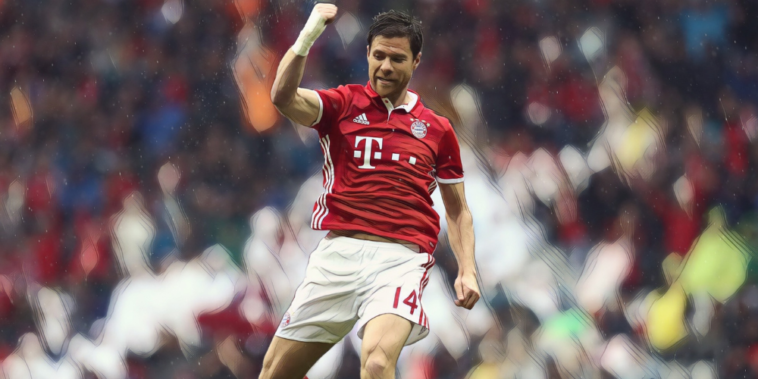 There’s few better sights on a football pitch than that of a thumping volley, a dropping ball hit so sweetly it leaves the goalkeeper helpless.

Timing and technique are the crucial components of any well-struck volleyed effort, attributes Xabi Alonso had in abundance as one of the most gifted midfielders of his generation.

This was a player who, not once, but twice scored from inside his own half during a five-year spell at Liverpool, winning the Champions League and FA Cup amongst his honours before a big-money move to Real Madrid.

Alonso’s success continued in the Spanish capital with league and Champions League success, before finishing his stellar career with a glittering period at Bayern Munich, the midfield metronome of Pep Guardiola’s dominant side.

Alonso is widely regarded as one of the finest passers the game has seen, though the sublime Spaniard could also provide spectacular moments when taking sight of goal himself.

This effort against Werder Bremen was amongst the finest of his time in Germany, a wonderful effort as he controls a clearance before lashing home from outside of the penalty area.

See also – The best goals by Johan Cruyff’s Barcelona side