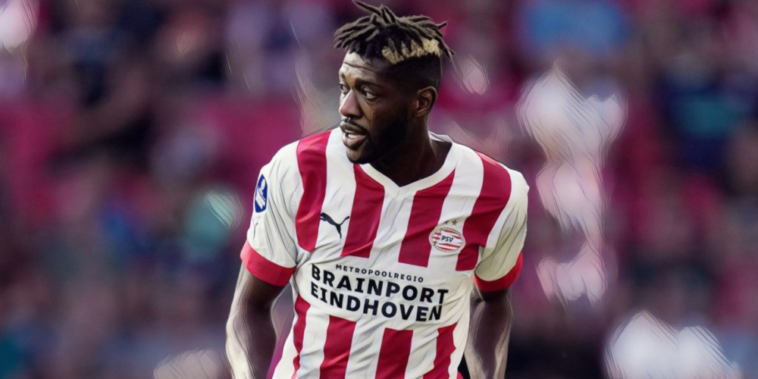 Liverpool’s season is in danger of unraveling following a disappointing domestic campaign to date, with the Reds ninth in the Premier League table.

Jurgen Klopp’s side have looked a shadow of themselves for much of the campaign and shock back-to-back defeats to Nottingham Forest and Leeds have left Liverpool closer to the relegation places than the top four.

The Reds have looked an ageing side during the opening months of the season and midfield has been a glaring weakness. A mix of poor form, injuries and ageing legs have seen Liverpool lack their previous intensity and additions could be required to salvage their season.

The club’s top targets might have to wait until the summer, but we’ve looked at four midfielders who could provide a much-needed injection of freshness into the Reds’ engine room this winter.

Konrad Laimer was linked with a move to Liverpool late in the summer transfer window, though decided to remain at RB Leipzig as he assesses his next career move.

The Austria international is out of contract at the end of the season and is understood to be open to a move to the Premier League. Bayern Munich hold a long-standing interest in the 25-year-old, who has emerged as one of the Bundesliga’s best box-to-box midfielders in recent seasons.

Marks out of 🔟 for this moment of genius in the #Bundesliga? 🤔 pic.twitter.com/bw7IpAexV5

Laimer has operated in a number of roles at Leipzig, including at right-back when required. Last season the midfielder averaged a huge five ground duels won per 90 minutes, just fractionally less than Jordan Henderson and Fabinho combined. He also made eight ball recoveries per game and completed 1.6 take-ons, with his relentless running well-suited to the demands of a Jurgen Klopp side.

His absence since September with ankle ligament damage will cause concern, but Laimer is expected to return in January. He has previously admitted interest in a move to Anfield or Bayern.

“I’m generally a football fan. I generally like watching the Premier League. I’ve always been a Liverpool fan,” he said, as per the Liverpool Echo.

“I don’t think a club like [Bayern Munich] comes knocking every summer, it’s one of the best in the world. When you’re associated with clubs like this, there’s a certain pride. But I’m more the guy who talks to people and needs a feeling that everything fits together.”

Moises Caicedo has turned heads since his arrival in the Premier League, with the reputation of the Brighton midfielder continuing to grow.

The Ecuador international signed for the Seagulls for a fee of just £4.5m in 2020, but after just 22 appearances for the club is being touted for a move which could cost interested clubs in excess of ten times that figure.

Caicedo has formed an excellent partnership with Alexis Mac Allister at the Amex Stadium, with Chelsea, Manchester United and Real Madrid among the clubs reportedly monitoring his progress.

The 21-year-old is composed in possession and relentless without it, averaging six ball recoveries per 90 minutes in the Premier League this season. Full of endeavour and potential, he could prove a long-term solution as Liverpool look to add energy to their engine room.

Brighton have shown a willingness to negotiate for their top talent should suitable offers arrive and Graham Potter’s exit as manager could persuade Caicedo – already capped 25 times for Ecuador – to take the next step in his career.

Fabinho’s form has been a major concern for Liverpool this season, with the club’s midfield anchor having lacked his usual assuredness in protecting the back four. The current squad has no obvious replacement as Fabinho finds his form. Stefan Bajcetic is a player with promise, but is not ready for the rigours of a regular role.

Ibrahim Sangare could prove the solution and has won many admirers across Europe with several top clubs monitoring the PSV Eindhoven midfielder.

Sangare has emerged as a prolific ball-winner at PSV, with the Ivorian averaging a huge 9.5 ball recoveries, 3.6 tackles and 5.4 ground duels won per 90 minutes in the Eredivisie so far this season.

A recently extended contract means Sangare could be difficult to prise from the Dutch side, though PSV are likely to consider sizeable offers for the 24-year-old. His impressive defensive statistics and progressive usage of the ball will appeal to a Liverpool recruitment team who have often used a data-led approach.

Sangare impressed during PSV’s 2-0 win over Arsenal in the Europa League last week and will have no shortage of suitors should the Eredivisie outfit invite approaches.

Manuel Locatelli has failed to find his feet in a transitional Juventus team, with the midfielder having underwhelmed since signing on an initial two-year loan deal from Sassuolo with an obligation to buy.

The 24-year-old starred during Italy’s run to success at Euro 2020 and was linked with a move to Arsenal before his transfer to Juventus, where things haven’t quite gone to plan. Juventus are reportedly open to his departure and a move to the Premier League could suit a midfielder whose best work often comes in a box-to-box role.

The increased pace of the Premier League could appeal, as Locatelli looks for a change of scenery to reignite his faltering fortunes. Liverpool have had wretched luck with Serie A signings in the past however, with the likes of Alberto Aquilani, Mario Balotelli and Fabio Borini among the past failures.

A loan move could suit all parties and could include Arthur Melo returning to Juventus as part of the agreement. Melo signed for Liverpool on loan from the Turin side during the summer, but is facing a long spell on the sidelines. The Brazil international made just one substitute appearance for the Reds before being struck down with an issue that will rule him out until 2023.