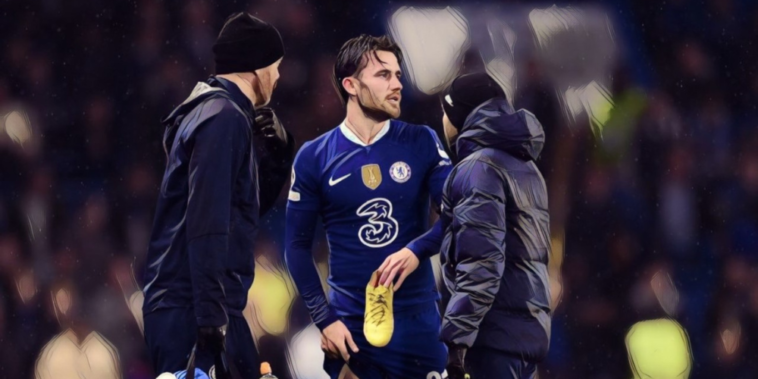 Graham Potter has admitted that Ben Chilwell’s World Cup dreams are in doubt after the left-back sustained a hamstring injury during Chelsea’s 2-1 win over Dinamo Zagreb.

Chilwell pulled up in stoppage time of Chelsea’s Champions League win over the Croatian side and was helped from the Stamford Bridge pitch at full-time.

The injury looks a cruel blow for Chilwell, who did not feature despite being part of the England squad that reached the final at Euro 2020.

Asked if the World Cup is now a concern for Chilwell, Potter admitted: “I think you would have to say so, yeah.

“Obviously I don’t want to add any more than that but when a player pulls up like he did and he felt it so it’s never positive.

“I spoke to him briefly. He felt something as he was setting off so he’s disappointed and he’s upset. It’s not positive at the moment.

“It’s a blow to see him pull up like that. It’s not a great sight so fingers crossed when we get it scanned it isn’t as bad.

“It can be not as severe but we have to keep fingers crossed at the moment but clearly we’re disappointed.”

Gareth Southgate is set to announce his squad for Qatar next week with England’s first World Cup fixture against Iran on November 21.