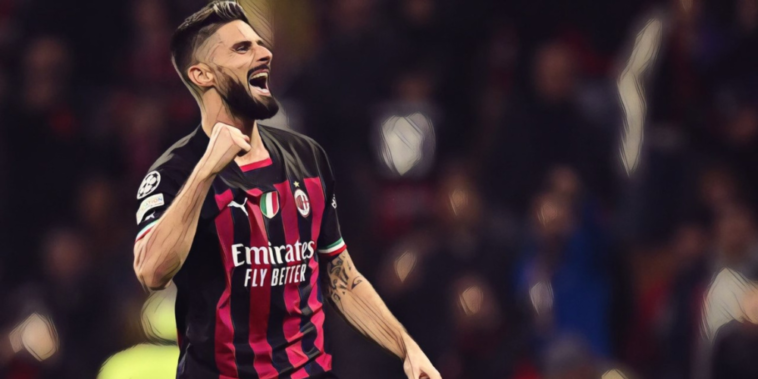 The UEFA Champions League’s group stage has concluded for another season, with the line-up for the knockout rounds completed after Matchday 6.

Tottenham are through as group winners after a dramatic win at Marseille, while Benfica secured seeded status for the next round after thrashing Maccabi Haifa to top a group containing PSG.

It was four wins from four for the English clubs, while AC Milan and RB Leipzig secured big wins to confirm progress.

Once again we’ve delved through the midweek action to compile our Champions League Team of the Week.

AC Milan confirmed their place in the knockout rounds with a 4-0 win over Red Bull Salzburg, progressing with an emphatic scoreline at the San Siro.

An inexperienced Salzburg side needed to win to progress and their exit was not through a lack of effort, with the Austrian champions pushing hard in search of a breakthrough.

Ciprian Tatarusanu was called into action on multiple occasions for Milan, with the veteran goalkeeper producing an impressive show of goalkeeping that included six saves from inside the penalty area.

His performance ensured Milan eased through as the Rossoneri reached the knockout stages for the first time in nine seasons.

A record-breaking night for the Manchester City teenager, who celebrated his full debut for the club with an equaliser in the 3-1 win over Sevilla.

Lewis’ goal saw him make history as the youngest-ever player to score on their first Champions League start, with the 17-year-old producing an impressive all-round performance that earned a standing ovation from the Etihad. Lewis’ appeared right at home with the intricacies of Pep Guardiola’s system, tucking infield from full-back to create overloads centrally.

His goal was taken in fine fashion, as he raced onto Julian Alvarez’s pass to lash home high into the net. Guardiola believes the teenager has ‘something special’ and the Spaniard is not often wrong.

Bayern Munich sent an ominous statement of their credentials with a sixth straight Champions League win, as the Bundesliga champions beat Inter Milan to complete the pre-tournament Group of Death with a flawless record.

Benjamin Pavard made it back-to-back goals in the Champions League with the opener, as he rose to guide home Joshua Kimmich’s corner.

The France international was calm and composed alongside compatriot Dayot Upamecano at centre-back. Bayern will be a side to avoid in Monday’s draw after a perfect group-stage campaign.

Liverpool became the first team to beat Napoli this season and just the second to stop Luciano Spalletti’s free-scoring side from finding the back of the net. Napoli are the leading scorers in the Champions League this season, but were frustrated in a 2-0 defeat at Anfield.

Ibrahima Konate was excellent on just his second start of the campaign, with Liverpool looking more assured with the Frenchman at the heart of the team. After shaking off some early rust, the 23-year-old produced an encouraging performance as he stepped in to win possession and used his pace to cover on the counter.

His return to fitness is a welcome boost to a Liverpool team who have struggled defensively this season.

Benfica have impressed in this season’s competition and snatched top spot from Paris Saint-Germain on Matchday 6 to progress as group winners.

A 6-1 win at Maccabi Haifa saw Benfica claim top spot in dramatic fashion, with Joao Mario’s stoppage-time goal seeing the Portuguese progress ahead of PSG by virtue of away goals scored in the group.

Alex Grimaldo was the architect of their thumping win, as he produced a complete full-back performance.

The Spaniard won eight ground duels and six tackles, while exerting his usual creative influence further forward. Grimaldo made two key passes and scored his second goal of the Champions League season with a fantastic free-kick from distance.

The Uruguayan is irreplaceable to Real Madrid on current form, providing the drive and dynamism from midfield for the European champions. His improvement in the final third has been remarkable this season, as he added another goal and assist to his collection.

The 24-year-old drove across a dangerous cross for Vinicius Junior to tap home, before adding a thumping strike of his own to score Real’s fifth at the Bernabeu. Full of energy and incision, there are few midfielders operating at his level anywhere across Europe.

RB Leipzig ensured there will be four German teams in the Champions League’s knockout rounds, as Marco Rose’s team thrashed Shakhtar Donetsk 4-0 in their winner-takes-all showdown.

Christopher Nkunku opened the scoring inside ten minutes after he turned home a rebound from Timo Werner’s spilled shot on goal. The France international’s goal continued his scintillating form this season, with Nkunku having scored 14 goals in just 20 appearances across all competitions.

It's Christopher Nkunku's world, we're just living in it 💫 pic.twitter.com/jhhnoMKgcA

Nkunku was threatening all evening in an advanced midfield role, as he picked up possession and drove towards the Ukrainian’s defence. His opener took the 24-year-old to 11 goals in the Champions League for Leipzig, more than any other player in the club’s history.

Marco Asensio was back to his best on a rare start for Real Madrid against Celtic, with the winger his side’s most threatening outlet.

The Spaniard combined brilliantly with Fede Valverde and Dani Carvajal down the right channel to cut Celtic apart with a number of threaded passes forward. He made five key passes and got the goal his performance deserved with a touch of class to score Real Madrid’s third of the evening.

It’s now five goal contributions in just 337 minutes of action in La Liga and the Champions League this season, averaging an involvement every 67 minutes of action. It is the kind of productivity that Asensio will hope can lead to a more regular role.

Perisic struggled like many of his teammates as Tottenham came under huge pressure during the first half in Marseille, but Antonio Conte’s side showed desire and fight to come from behind and progress as group winners.

The Croatian was central to their success in his wing-back role, as he provided a dangerous delivery for Clement Lenglet to head home an equaliser. It was a seventh assist of the season for Perisic, who later made a brilliant block from Alexis Sanchez to prevent Marseille from retaking the lead.

He now has more assists than any other Spurs player this season. 👏 pic.twitter.com/wyH5RuNDyw

Olivier Giroud’s evergreen excellence came to the fore as AC Milan came out on top in their decisive clash with Red Bull Salzburg.

Giroud scored twice and created two further goals in the 4-0 win, as the France international produced a vintage centre-forward performance. Giroud headed in an early opener to ease some of the pressure on the Rossoneri, before assisting Rade Krunic with a clever header back across goal.

36 – Olivier Giroud (36 years and 33 days) is the oldest player to be involved in 3+ goals in a Champions League match since Opta started collecting this kind of data (since 2003/04). Stainless.#MilanSalzburg #UCL pic.twitter.com/xRMy4awXJG

He rifled home a second as Milan cruised to victory, before threading a pass through for Junior Messias to complete the rout with an individual effort.

Salzburg’s inexperienced side couldn’t live with the veteran, who became the oldest player in more than a decade – aged 36 years and 33 days – to score a Champions League brace for Milan.

Porto are through as group winners after a 2-1 win against Atletico Madrid made it four consecutive Champions League wins. The Portuguese side had been headed for an early exit after beginning the campaign with back-to-back defeats, but have since responded with an impressive run of form.

Mehdi Taremi tormented Diego Simeone’s side with a fine centre-forward display and scored the opening goal after five minutes with a poacher’s effort from close range. The 30-year-old has now scored five goals in the Champions League this season, with only Mohamed Salah and Kylian Mbappe having netted more.

Taremi was at the centre of the action and led the contest for touches in the opposition box, chances created and shots at goal. He will be the man to watch when England face off against Iran in their World Cup opener on November 21.